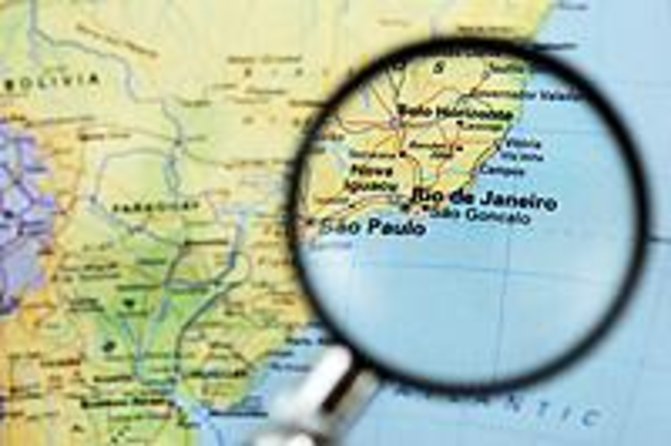 Arrive and depart from Rio with the minimum of fuss and enjoying value for money with a Rio de Janeiro Airport Roundtrip Transfer. Forget negotiating unfamiliar streets in a rental car, or battling the crowds on public transport, travel in comfort to the door of your downtown Rio de Janeiro hotel.

Operating daily, transfers are available to and from Antonio Carlos Jobim International or Santos Dumont Airport. When making a booking, you will need to advise your flight details and your Rio de Janeiro city hotel details. Your transfer will be confirmed instantaneously and you will be provided with a travel voucher to present to the driver. Transfers operate 24 hours a day, seven days a week.

At time of booking, you MUST include the following details for BOTH your arrival and departure:

Please note:
Pick up from the cruise ship port is not available.

Price is per person, based on 8 adults per car/vehicle