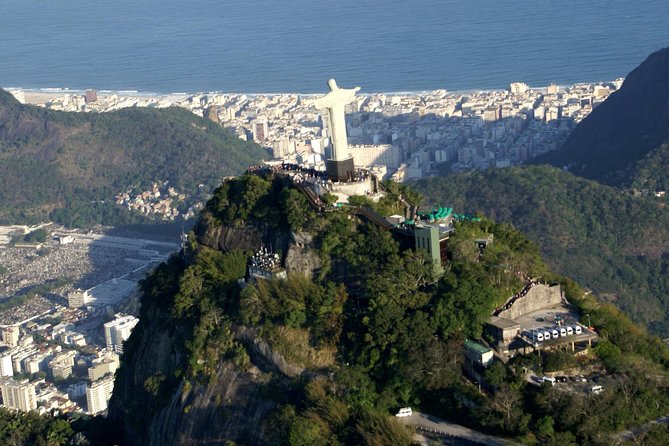 Take an afternoon tour to Corcovado Mountain topped with the iconic statue of Christ the redeemer. You'll travel through the Tijuca Rain Forest by cog train to Corcovado Mountain for breathtaking views of one of the world's most beautiful cities. This afternoon tour takes you to Rio's most famous attraction, leaving you with time in the day free to explore Rio on your own.

Your half-day tour to Corcovado takes you to the Cosme velho station to catch the cog train. The steep train journey takes you through the dense Atlantic rain forest of Tijuca to the Art Deco statue of Christ the redeemer on Corcovado mountain. You'll spend up to an hour here with your tour guide, who will show you the sights of Rio from this incredible mountain-top vantage point.

The tour continues to Sao Conrado Beach and Pepino Beach, where you can watch hand-gliders land and surfers show off their skills as they catch the waves.

Worry-free Shore Excursion:
We will ensure your timely return to Rio de janeiro for this activity. In the rare event your ship has departed, we will arrange for transportation to the next port-of-call. See our terms and conditions for full details.