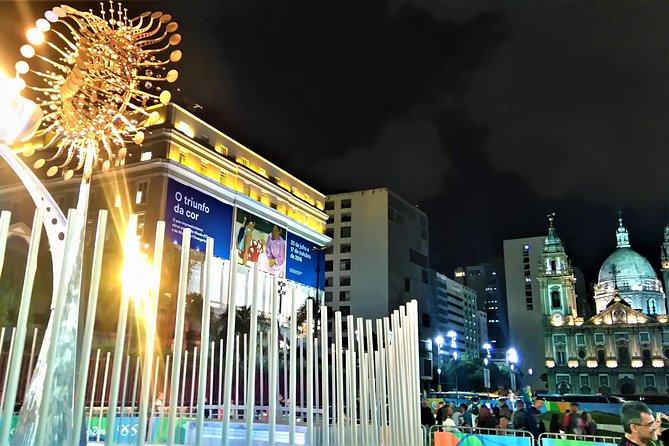 Get to know Rio de janeiro Olympic, the areas where the Rio2016 Games were held, the tourist attractions of Rio de Janeiro, a tourist route for those who want to visit the city beyond the city center.
The tour begins at 7:45 am in the Olympic Zone of Copacabana, as defined by the International Olympic Committee. Continue towards the Maracan Zone with the arenas of the Sambdromo, Maracan, Maracanzinho and Olympic State.
We will leave for the Deodoro Zone where the Radical Park or X-Park is located, The Military Village hosted the arenas of Horse Riding, Modern Pentathlon, Rugby, Hockey and Olympic Shooting Center. We will visit the Aerospace Museum in the legendary Campo dos Afonsos.
We continue to the Barra da Tijuca Zone where we will have lunch and then observe the Olympic Park, the Golf Course and the Recreio dos Bandeirantes. In this region we will visit Pontal beach and follow the waterfront to Ipanema beach. We finished the tour at 4:00 pm.

We will start at 7:45am in the south zone: Ipanema, Lagoa Rodrigo de Freitas, going to Copacabana towards Flamengo Park and Marina da Glria. This was considered the zone of Copacabana where several sports occurred: canoeing, aquatic pentathlon, beach volleyball, sailing and marathon, among others. Along the way we can enjoy some of Rio's tourist icons: Corcovado, Po de Acar, the Copacabana boardwalk and the gardens of Flamengo Park, both created by the famous landscaper Burle Marx.

After the Olympic zone of Copacabana we will continue towards the Sambdromo, Maracan and Olympic Stadium known as Engenho. These arenas were part of the Olympic zone called Maracan by the International Olympic Committee.

Then, in the area of Deodoro and Vila Militar, we will know the Radical Park or X-Park specially prepared to attend sports modalities like slalom canoeing, BMX and Mountain Bike. Enjoy and visit the Olympic Shooting Center and the arenas where pentathlon and equestrian sports took place.

The Vila Militar draws attention to the choice of architecture, which follows a neoclassical style, similar to the historic buildings in the center of the city of Rio de Janeiro, and we will tell you the whole history of this similarity.

We will visit the Aerospace Museum in the traditional and legendary Campo dos Afonsos, where the Brazilian Airclub was born. Founded on October 14, 1911, the second air club in the world had as president of honor Santos Dumont, who built the 14 Bis, his first airplane, and whose exact replica is in that museum. Around here was also Roland Garros favorite pilot of Santos Dumont, which gives name to the famous French tennis tournament.

We will continue towards Barra da Tijuca, area of the Olympic Park that was the scene of most sports. Along the way we will observe some of the regions of Rio de Janeiro cut by the Trans-Olympic route as the Pedra Branca Park with the culminating point of the City of 1025 meters, and the Tijuca forest.

From Barra da Tijuca you can see some of the attractions of the Carioca nature such as Pico da Tijuca, Pico do Papagaio, Pedra bonita, Pedra da Gvea, the four lagoons that form the so called Carioca Pantanal and several beaches from Pontal to Joatinga.

Finally, we will continue along the coastline from Barra da Tijuca to Ipanema, enjoying the undulations of the coastal area of the sea and the mountains. We finished the tour at 4:00pm.