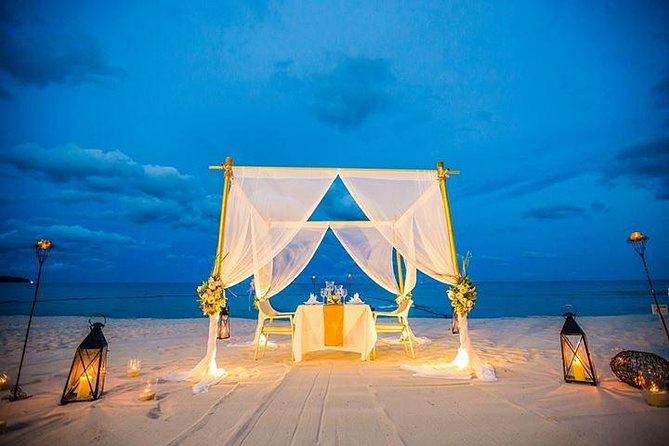 Enjoy a romantic, private 4-course meal on the beach at your own gazebo. Feast on the best sourced products around the island while enjoying the view along Chaweng beach. Enjoy a free bottle of wine and a personal waiter to cater to your needs.

If you are celebrating a special occasion or want to treat your friend or partner, allow Amari Koh Samui to make it unforgettable. Enjoy a Beach Dinner for two in a beachfront setting. Enjoy your 4-course Thai Set Dinner with a personal waiter and 1 free bottle of house wine.

See the below for an example menu.

One personal waiter will assist you throughout your whole dining experience. Vegetarian meals are available, please specify on booking.

This is private dining on the beach daily from 6pm to 10pm and last kitchen orders is 9:30pm

The Menu can be substituted at any time varies on season