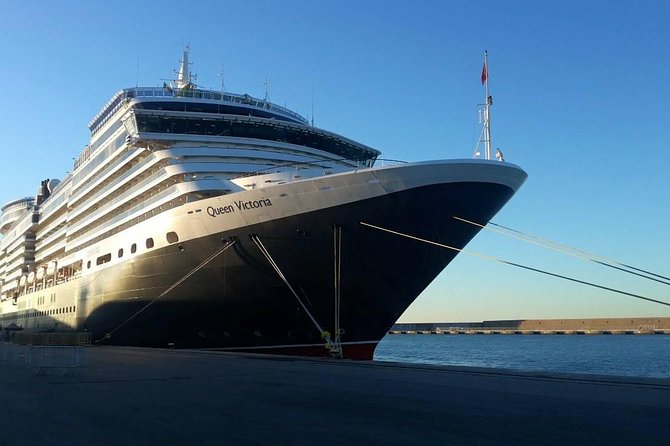 CIVITAVECCHIA PRIVATE TRANSFER FROM TO ROME-FCO AIRPORT-CRUISE PORT
This is a Private transfer between Rome and Civitavecchia with a luxury Mercedes vehicles super equipped to drive you at destination comfortably.All vehicles are equipped with the most modern comfort and security system,with emphasis on the corporate/executive taste and needs.Inside our vehiclesyou can also find bottles of water and free hot spot WiFi , in addition you can find at your disposal any kind of device chargers for mobile.Our limosare insured with higher coverage insuranceestablished by Italian law and all our drivers haveregular employment contractsregistered .Our English Speaking drivers team have a long-standingintheir job and every driver has been trained to handle any unexpected or emergency.

Civitavecchia to Rome Transfers
If you are going from Civitavecchia to Rome, your private driver will be waiting for you in front of your cruise ship once you disembark inside the pier, (we are authorized to be inside the pier because we all have a special permit). He will hold a sign with your name written on it to be quickly recognized and he will take care of your luggage, then he will take you everywhere you desire, your hotel, Fiumicino or Ciampino airport.
Pick up from Civitavecchia Cruise Port
Your personal driver will be waiting under ship at the assigned dock of the ship. Client has to notify us the details of the ship.
Pick up from Fiumicino/Ciampino airport
Your personal driver will be waiting outside of the luggage claim area after the sliding doors by the column N.2 LIMOUSINE SERVICE NCC  the driver will be holding a signboard with a name card. Please provide date of arrival flight number and country of origin.
Pick up from Rome/Italy railroad station TERMINI STATION
Your personal will wait clients at Nike store,leaving the platform going toward to Piazza dei Cinquecento Exit before the sliding doors on the right is the Store.
Fleet:
Mercedes E Class  ; 2 pax 2 suitacases  plus 2 carry on luggage
Mercedes V class : up to 7 pax 7 suitacases  plus 7 carry on luggage
Mercedes Sprinter Van : up to 8 pax 8 suitacases  plus 8 carry on luggage

Rome Civitavecchia Cruise terminal or Airport pick up -drop off

Internet wifi on board