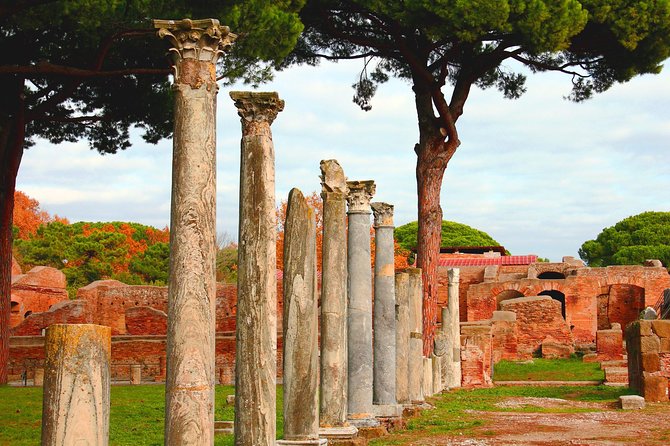 Discover the most important, ancient Roman city of Ostia Antica on this half-day tour from Rome. Explore this once busy port-town with a small group (8 people or less) led by an expert guide. Visit the awe-inspiring ancient theater, baths, taverns, market places and temples, just to name a few. Admire ancient statues and artworks at the museum of Ostia Antica (included in the price). Follow your passionate guide off-the-beaten path and explore places inaccessible to larger groups. No annoying head-sets on this tour, but rather a personal and interactive experience.

On this half-day tour you will uncover an ancient port of Rome.
Meet your guide and join your group at 8:30am. The guide will provide you with a round trip tickets to get to the site and back.
The train ride to the archaeological site of Ostia is 25 minutes during which you can either relax and prepare for the tour or chat with your guide.
The walking tour of Ostia Antica will last 3 hours approximately, you will have a short break halfway through the tour.
At the end of your excursion you can either stay at the site or come back to Rome with your guide.

Minimum numbers apply. There is a possibility of cancellation after confirmation if there are not enough passengers to meet requirements. In the event of this occurring, you will be offered an alternative or full refund