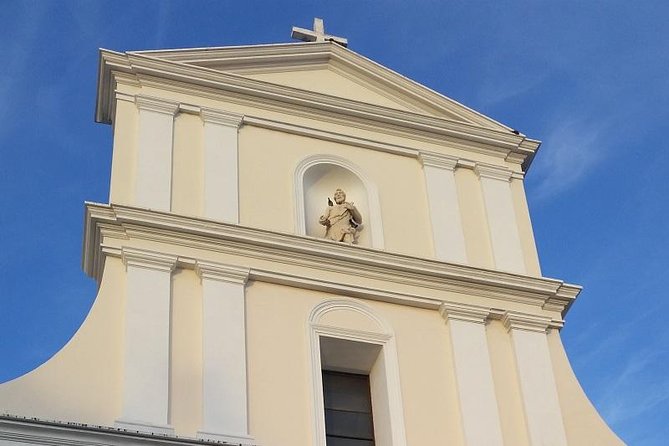 Old San Juan is considered the "crib" of Christianity in America. There is a lot of history (art, culture, architecture, etc. ) in the Old City. Alonso Manso (the first Bishop of San Juan) is also the first Christian Bishop to come to America (1512). That means that all the churches in America had to report to San Juan.
Within the city walls, we have one of the highest concentration of temples per square mile in the world. Some of the structures are considered as UNESCO World Heritage sites.
The Route of San Juan Bautista shows the most important religious attractions in Old San Juan. You can discover the origins of Christianity in the New World for the past 500 years. You will discover some of the oldest churches in America, some located inside forts and palaces; also catacombs, religious ceremonies, saint persons, miracles, religious art, relics and a unique architectonic legacy.
I love to feel the energy of every church (different congregations).

Itinerary
This is a typical itinerary for this product
Stop At: Catedral Metropolitana Basilica de San Juan Bautista, 151 Calle Del Santo Cristo, San Juan 00901-1521 Puerto Rico
The oldest cathedral in the hemisphere. We will tour the inside and discover some of it's unknown treasures.