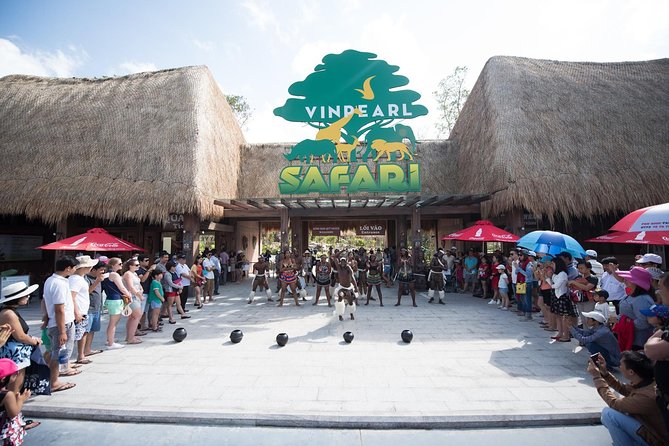 Phu quoc is a beautiful land, a picturesque spot, a fascinating tourist attraction. Join this tour, you will have a chance to get closer to the nature and escape the daily pressure by a variety of recreational activities. Exploring once the wonderful trip, you will actually get unforgettable memories.

At 8.30am, we will pick you up by car. From then, you will bounce off the walls while visiting a shockingly fascinating amusement park, which is considered a small scale version of Disney Land. There is a myriad of attractions such as 5d Theater, indoor game zone, Underwater world, Dolphin lagoon, Outdoor game zone, water park and shopping streets. Get ready to discover this paradise:

Located in Long Beach area, northwest of the of Phu quoc island,Vinpearl Safariand conservation parkis the first and only open zoo in Vietnam that was built according to international Safari model.

Open Zoo nurtures and conserves rare native species and many species of wild animals from featured biogeographic regions in the world such as South Africa, Europe, India, Australia Engineered modernly, home of the Vinpearl Safari's residents portraits a semi-open design with a surrounding moat, creating a naturally harmonious habitat and enabling the most authentic and lively view to the visitors.

Spreading over a large area with an abundant plant system, the Wildlife park meets the rigorous standards of the Safari model. Each subdivision in the park is a different habitat ensuring the suitibility with biological behavior of each species. Visitors get to experience the Wildlife park via specialized vehicles in a very interesting manner where they're caged up rather than the animals themselves.

No wonder it will bring you a lot of fun andmemories.

At 16.30, we will transfer you back the hotel by car. Tour ends safe and sound.

Other services not mentioned in the program

Once purchasing the ticket, its non-refundable

Those are under 1m are considered as infant

Those are 1m - 1,4m are considered as children

Those are above 1,4m are considered as adult