Saint Petersburg City Tour In One Day - With Reviews & Ratings 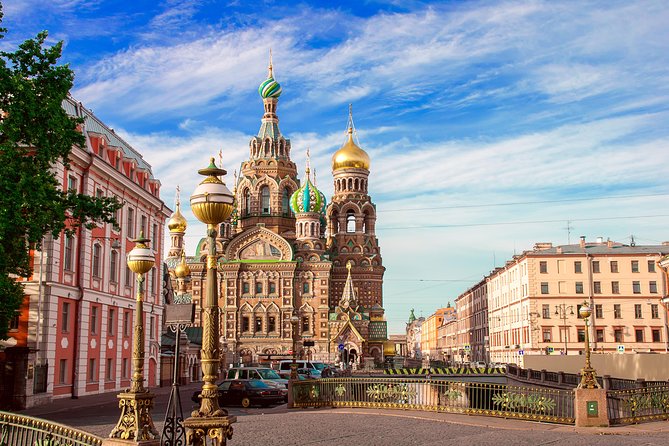 A fully organized day in Saint petersburg!
Its the greatest way to enjoy the best of the city, with the company and the help of an expert local Guide. And with a perfect path, tours are perfectly organized to optimize the time of your staying and to discover all the highlights and hidden treasures of Saint petersburg.
The Guide will tell you everything you need to know about the most famous monuments and sites you will admire: facts and figures, but also entertaining stories and secrets; and will stroll with you through their elegant buildings.
S.Petersburg is amazing city with the great history.
S.Petersburg is among the best-planned cities in the world, which you can check with our tour in full day. Walking tour is the best way to know the city, its history, find every hidden corner, feel the size and expanse, admire the real beauty of the city.

There are some different ways to getting to know the city , if not just seeing its main sights.

We created this tour for not just visiting the city with sight of tourists, but for understanding and feeling the city like citizens.

During the walking tour, you can appreciate the wonderful places, squares, cathedrals, with having time to lunch, and after it continue of visiting other churches, panoramas, architectural ensembles. Be prepared to find real treasures of the city.

Going to Nevsky prospekt,the main avenue of the city, full of shops, the best restaurants, churches and majestic palaces. You will appreciate famous Gostiny Dvor , one of the oldest and most beloved mall by citizens. Next stop will be the Armenian Church which belongs to the early classical period. As first citizens of S.Petersburg were foreigners that's why in the center, and on Nevsky prospect, you can see the churches of different religions. Further,visiting Kazan cathedral you will learn something new about the Russian religion, the internal structure of the Russian Church. Although Cathedral looks like St. Peters Basilica in Vatican is the main Cathedral of St. Petersburg. We will see also The Grand hotel Europe one of the best hotels in Petersburg, harmonious Fine Arts square ,an interesting from the point of view that all the magnificent palaces located on it are used today as museums, theaters and concert halls. Finally is worth visiting the Savior on Spilled Blood, the church built at the request of his son, on the site of the assassination of the Russian Emperor Alexander 2. The church was built in the neo-Russian style, with gilded and colored domes. Inside a rich decoration of the walls from top to bottom covered with mosaics. Walking along small pedestrian streets, we shall go to the heart of the city the Palace square. The place of 3 Russian revolutions,which so strongly influenced the life of the country. The size of the area is more than 5 hectares,it is famous for different celebrations and concerts . We shall go to the Peter and paul fortress. St. Petersburg*s subway is one of the most beautiful and deepest in the world. It is decorated with marble and mosaics, truly impressive.

Peter and paul fortress a unique historical place of the city, built as a military fortress, but eventually turned into a prison for political prisoners. Peter and Paul Cathedral the tallest building of the city, the burial place of the Romanov dynasty from the founder of the city Peter the 1 to Nicolas the 2.

Entry/Admission - Savior on the Spilled Blood

Entry/Admission - The Armenian Church of the Holy Resurrection