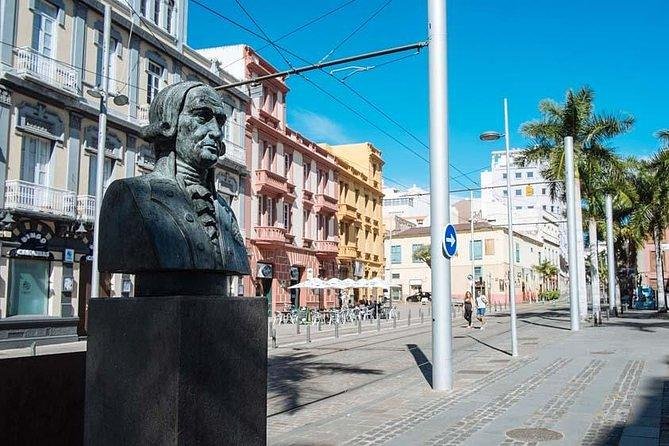 Explore the colorful capital of the Canary Islands in Spain on this half-day Santa Cruz city tour. Travel through the streets of Santa Cruz as a guide sheds light on the regions colorful history and culture. Explore neighborhoods including San Jose, the Zona Centro, and Zona Rambla, and enjoy fine views over the coast. Along the way, take in top city attractions like the modern Auditorium of Tenerife, the Cabildo de Tenerife, the 17th-century Church of the Conception, Plaza de Espaa, and the Marine Park.

The tours starts from Los Cristianos.

You will have free time to enjoy the capital.

Guided Tour: the guide will give you free time to enjoy the city