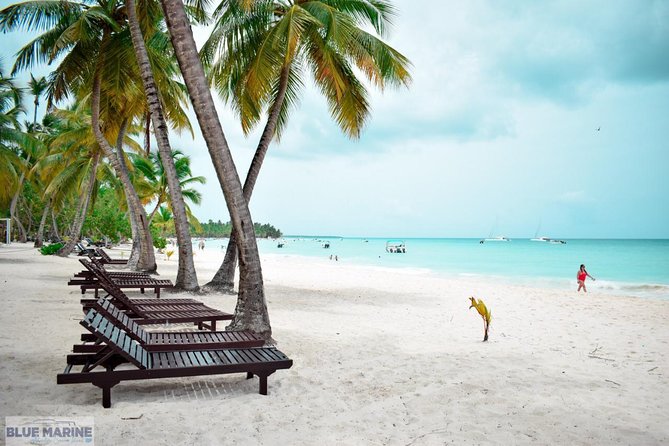 Come enjoy an unparalleled day in a place completely reserved for you and your companions.
Saona Island is an island of the largest of the Dominican Republic located off the coast of the province of La Altagracia. It is part of the Cotubanama National Park (Former National Park East). The island is also of great tourist attraction for its beautiful beaches and natural beauties.

Arriving at Saona Island, we receive the entertainment staff with welcome cocktail, then enjoy free time to choose one of the many options offered by the tour such as swimming in calm waters, snorkelling, playing volleyball, reading a book or Walk along the beach.
You will enjoy a delicious typical Dominican lunch and an open bar with national drinks.
We return to the coast of Bayahibe in a speedboat in the direction of the natural pool of transparent waters in the middle of the sea, spectacular shallow area where the famous star of the Caribbean Sea inhabits and enjoy a typical Dominican rum.

Transportation to and from the hotel.

Transport by catamaran and return by speedboat.

National guide in the required language.

On the catamaran and boat refreshments, rum and water.

What to bring with you

We suggest that women in pregnancy can not perform this activity.