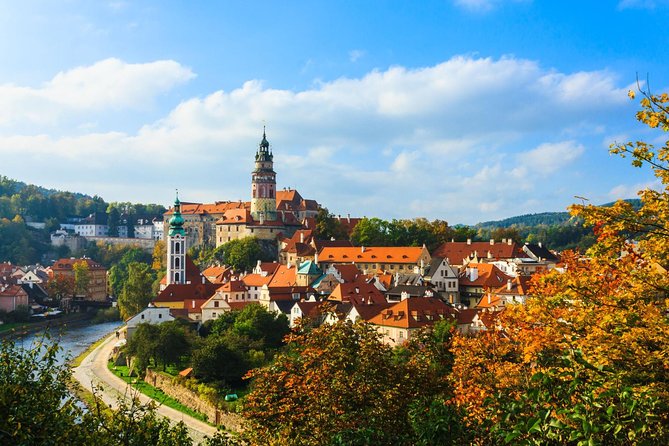 The package includes 3 hours walking tour in Cesky Krumlov, you can leave the baggage in the vehicle during sightseeing. The touring of Cesky Krumlov is done on foot. Private guide will accompany you for 3 hours. The castle entry fee is not included.

Transfer is provided door to door from Vienna hotel to Prague. Stop in Cesky Krumlov is up to 5 hours.