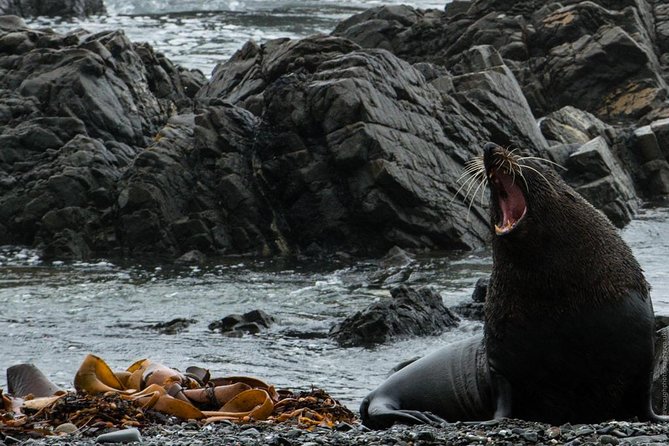 Seal Coast Safari Wellington Tours offers exclusive scenic tours to Wellingtons rugged coast line, offering sublime views, exclusive access to private farmland and the chance to encounter New Zealand fur seals up close and personal. Come and enjoy the best Wellington has to offer and have a cup of coffee and gourmet muffin with the seals, whilst taking in the true beauty of Wellington.
Please note: We cannot take private bookings from Cruise Ship passengers- you must book through your on board excursion agent.