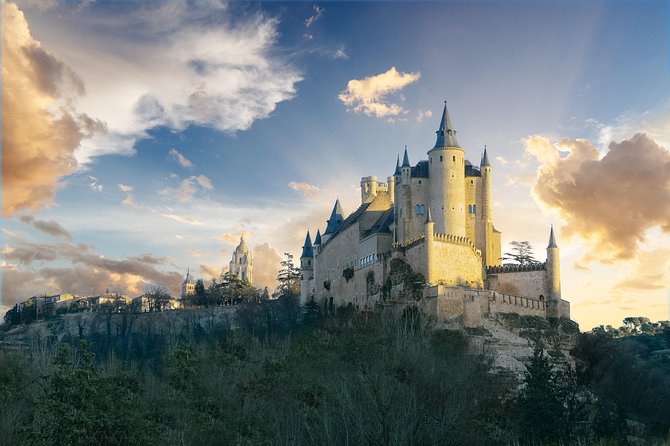 Unravel centuries of history visiting two of Spains oldest cities, where just by witnessing the majestic and well preserved Walls of Avila, and the monumental Roman Aqueduct of Segovia, will be worth the experience, and many other attractions on these two World Heritage Sites granted by UNESCO.

Be ready to drown in the rich Spanish history as you take a guided day tour from Madrid to two of Spain’s oldest cities - Segovia and Avila. Touring with a knowledgeable guide, you will be told about the historical, religious, and political importance of these two cities registered as UNESCO World Heritage Sites.

The first stop of your tour will be the Azoguejo square. Here, you will see the Segovia Aqueduct which dates way back to the 2nd Century, A.D. You will then be taken on a walking tour of the old town where you will pass by the Mayor Plaza. Known to be one of the most popular squares in Segovia, Mayor Plaza is surrounded by chic cafes, bars, and restaurants.

The next stop will be Cathedral of Segovia, wherein you will have 20 minutes to step into the Gothic cathedral and thoroughly discover it. Your guide will also provide you a lot of information about the cathedral during the stop. Your next stop in the day-trip from Madrid will make you step into a fairytale. The Alcázar of Segovia is a fortress that gives you a glimpse of Spain’s royalty during the olden days. You will be given a total of 30 minutes to explore the interiors of the castle while our guide tells you about its significance.

It is now time to make our way to Avila and pass by its historic walls. Built between the 11th and 14th centuries, these fortifications will leave you awe-inspired. Our next stop in the day-trip to Avila from Madrid is Basilica de San Vicente. The intricately built structure is said to be one of the best examples of Romanesque architecture in Spain. We will be stopping for a duration of 10 minutes at this basilica. The guided day tour from Madrid to Segovia and Avila will end with our last stop at Iglesia-Convento de Santa Teresa in Avila.

Walking tour in both cities