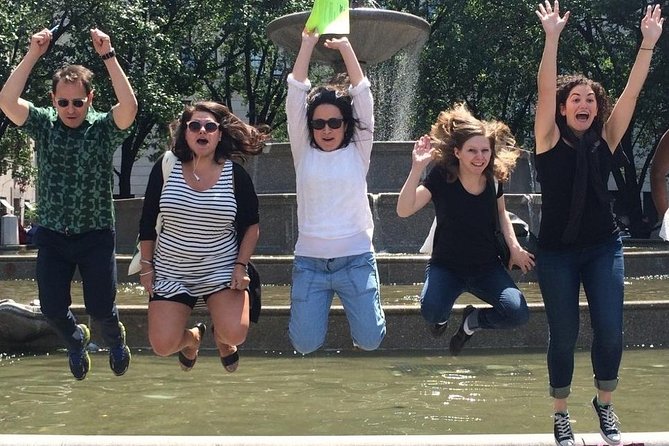 Fifteen clueChris madrid|s://www.triphobo.com/places/san-antonio-united-states/chris-madrids">Chris madrid|s, two hours, one city - this is a self-led scavenger race that sends groups capering around town to solve clues. Unlike other city-wide excursions, this one unshackles racers from the tyranny of official start times and concrete dates. Players simply click on a launch code, head to the starting line, and begin the scavenger hunt whenever they've got a spare two hours. During the process, players will hear fun stories and insights about historical sites while discovering hidden gems along the way.

This adventure will take you through the heart of Chicago and let you see how it has changed over time, while also having fun. This hunt has been evolving over time to be as entertaining as possible, while showing you as much as possible.

Your goal is to race against the clock to finish the hunt as quickly as possible. You will be given a series of clues. Each clue will help you find the next clue. In essence, instead of a scavenger hunt, this is a scavenger race and quest.

When you are ready to start your hunt, purchase your tickets, gather your hunting party, and head to the starting location.

Participants are not required to reserve a set time in order to begin the scavenger hunt. Once purchase is confirmed, you'll be instructed to visit local supplier website. On the day of your scheduled hunt, the website will be your guide through the city.

This tour/activity will have a maximum of 999 travelers