Semi-Private Tour: Day Trip To Florence And Pisa From Rome With Lunch Included - With Reviews & Ratings

Semi-Private Tour: Day Trip To Florence And Pisa From Rome With Lunch Included 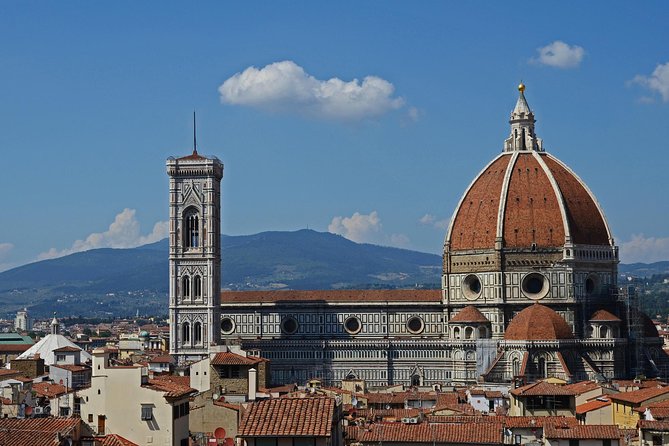 Visit two of Tuscany's most representative cities, Florence and Pisa in a full-day tour. Explore the birthplace of the Italian Renaissance, walk along medieval streets and admire the work of mastersof Italian art, such us Brunelleschi's Dome on the Cathedral of Santa Maria del Fiore. Take a picture in front of the world-famous Leaning Tower of Pisa.

Hotel pickup/drop off inside Aurelian Walls

Lunch ( if you choose the option )

Small group limited to a maximum of 14 people

Lunch ( if you dont choose the option )

We suggest you wear comfortable clothes and shoes. In summer, bring a bottle of water; in winter, bring an umbrella

Pick-up is provided only for hotels located in the center of Rome. It is important to communicate as soon as possible the name and address of the hotel where you are staying to organize the service in the best way