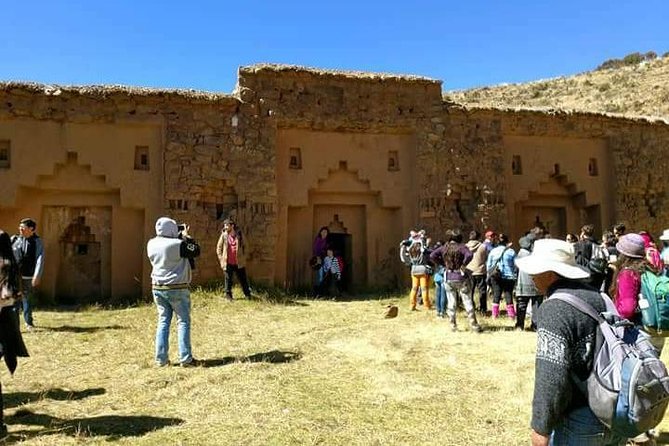 Titicaca is the highest navigable lake in the world, located at 3856 meters above sea level. Its shores and small islands are home to the Aymara and Quechua who come from ancient cultures that lived in this area long before the Incas dominate. Here visitors can explore traditional villages where Spanish is the second language and where ancient myths and beliefs persist even today. One of the peculiarities of Lake Titicaca are the small floating islands inhabited by a tribe called the Uros. In these small islands visitors are welcomed and can even ride in one of the famous reed boats.

We will visit one of the most important and visited temples of Bolivia.
The construction of the church began in 1601. The architecture of the temple
Mixes the Renaissance and colonial baroque styles. Behind the altarpiece is located
The famous Camarn de la Virgen del Lago, the protective mother of all
Bolivians and even pilgrims from all over Bolivia.
Another recognized place within the temple, is the Chapel of the Sails,
A place where every believer passes to light a candle to the virgin.
Some days of the week, are dedicated to the & quot; Blessing of Mobilities & quot;

The service ends at the collection points