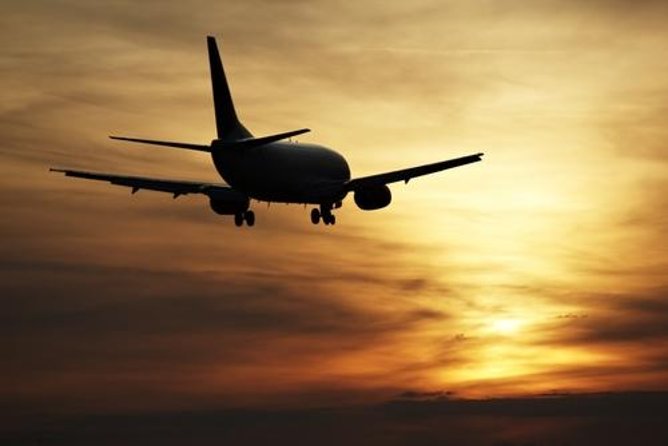 Take a stress-free shared departure transfer from your Prague hotel to Prague Ruzyne Airport to make sure you don't miss your flight. Don't spend extra time waiting for a taxi just sit back and relax in a comfortable minivan on the way to the airport. This transfer service departs hourly and is available 24 hours a day, seven days a week. Numbers are limited to a maximum of seven people per vehicle, ensuring youll enjoy a comfortable ride.

When making a booking, you will need to advise your Prague hotel details and your flight details. Your transfer will be confirmed within 24 hours of booking and you will be provided with a travel voucher to present to the driver. It's that easy!

Duration of transfers are approximate, the exact duration will depend on the time of day and traffic conditions.

Brand of vehicle used may vary depending on your specific travel date.

Each traveler is allowed a maximum of 1 suitcase and 1 carry-on bag. Oversized or excessive luggage (e.g. surfboards, golf clubs or bikes) will have certain restrictions. The vehicles CANNOT accommodate excess luggage. Please send an inquiry prior to travel to ask if excess luggage is acceptable. Additional fees will be charged on the day of travel for excess luggage. Baby seats are not available.

Transfer is wheelchair accessible but if assistance is required, passenger must provide their own carer.

Adult pricing applies to all travelers.