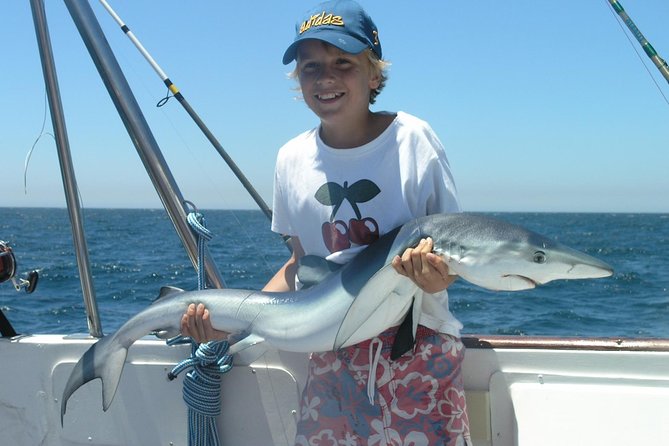 Have a fantastic experience with family or friends on this full-day fishing trip. Whether reef fishing or shark fishing, you will certainly have a great time. You will be led by an experience crew that knows just where to go for that once in a life time catch.

This trip is a fantastic experience for all the family. Enjoy the challenge of catching a wide variety of fish found in these waters. The warm Mediterranean currents that flow along the Algarve have proven to make this area a World Class venue for hooking a blue sharks, macos, hammerhead sharks and many more. The boat has the best fishing equipment, including fish finders, fish lures, rods and reels.
This activity is suitable for everyone with or without experience, as you will be accompanied by an experienced crew who will teach you everything you need to know. The equipment and bait are included.