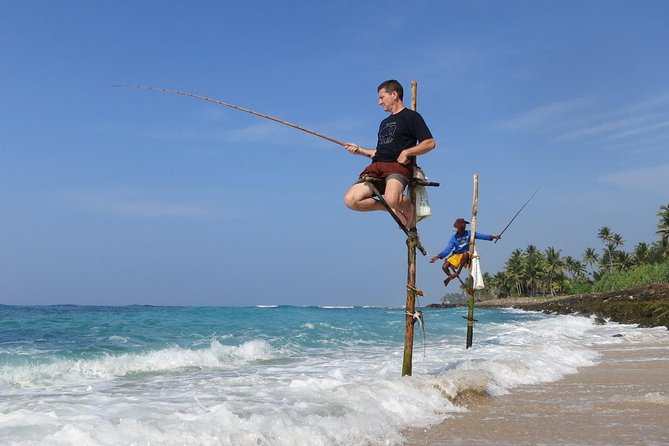 This private day trip to Galle is perfect for those staying in theColombo port areas. Visit the city's most famous monuments attractions.

Tour Star 08.00AM from Colombo and first visit to Galle Fort -

You will Reach Galle Fort 1130 Hrs
Galle Fort in Sri Lanka: A UNESCO World Heritage Site the Galle Fort, or Dutch Fort as it is also known, is a fortification first built by the Portuguese on the Southwestern coast of Sri Lanka. The initial fortifications, which were built in the late 16th century, were quite basic. However the fort underwent extensive modifications in the 17th century by the Dutch, making it one of the most important archeological, architectural and historic monuments to illustrate the European influence in South East Asia between the 16th and 19th centuries. According to a statement by UNESCO the site was recognized as a World Heritage Site for its unique exposition of an urban ensemble which illustrates the interaction of European architecture and South Asian traditions from the 16th to the 19th centuries which is the criterion number four for such recognition. Some important monuments are:
1. The Dutch Reformed Church (Groote Kerk) which was built in 1640 with its historic belfry built in 1707. The bell rang every hour in its hayday. There are also other antiques to be seen within the church.
2. The 17th century New Orient Hotel which was once the exclusive use of the Dutch Governor and his staff before it was converted to a hotel in 1865. It is now a modernized franchise of Aman Resorts, and called Amangalla.
3. The old Dutch Government House.
4. The Residence of the Commander.
5. The National Maritime Museum which was once the Great Warehouse built in the 17th century by the Dutch to store spices and ship equipment.
6. The Old dutch hospital.
7. Meera Mosque built in 1904.
8. The Buddhist temple which was once the site of the Portuguese Roman Catholic church.
9. The All Saints Anglican Church built in 1871.
10. The Clock Tower built in 1882 and the Galle Lighthouse mentioned above.
11. Some of the streets still retain the original Colonial Era names; such as the Moorish Pedlar Street or Moorse Kramerstraat, Lighthouse Street or Zeeburgstraator Middelpuntstraat named after the lighthouse destroyed in 1936, Hospital Street, where the Dutch Hospital, the House of the Surgeon and the Medical Gardens are, Leyn Baan Street or Leyenbahnstraat, Old Rope-Walk Street where coir rope was created, Parawa Street, Chando Street and Church street.

1400 Hrs. after Galle Fort tour proceed to lunch (OWN EXPENSE). Again start the Journey to Ahangama Fishing Village to get STILT FISHING Experience. You will enjoy the fishing 01 Hrs. and proceed back to Colombo Port