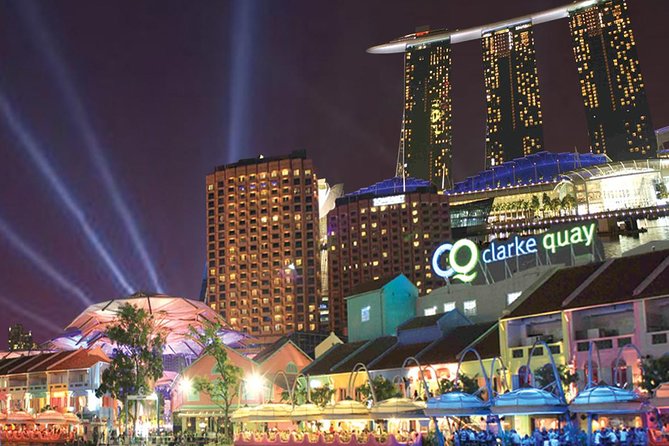 Enjoy the night View of Singapore including visits to top attractions like Gardens by the bay, Marina Bay Sands Skypark and River Cruise.

Stop At: Gardens by the bay, Singapore

Show will not be available from 30 November to 26 December 2018 due to the Christmas Wonderland event. Instead, we will proceed to the Spectra - A light & water show at the Bay front area.

an iconic platform built 200m in the air, seemingly defying gravity. It offers 360-degree view of the lighted Singapore skyline to as far as Indonesias Riau Islands.

20 minutes ride up the Singapore river to Clarke quay

Tour is not suitable for anyone with difficulty walking long distances, tour involves a lot of walking

We recommend you have an early dinner before joining the tour

Subject to favorable weather conditions. If canceled due to poor weather, you will be given the option of an alternative date or refund