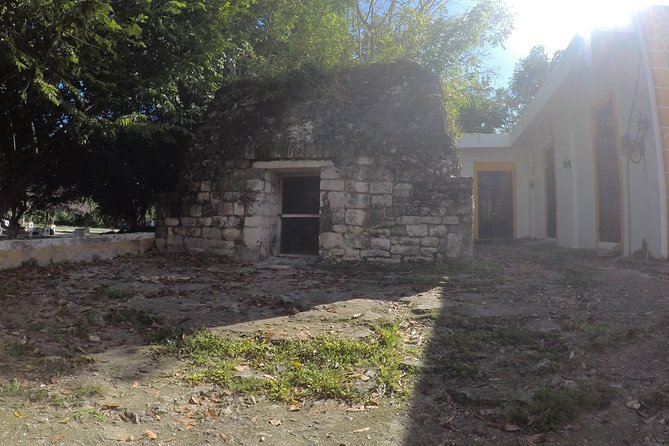 Since 1848 from April 28th through May 8th, the small village of Cedral, located on the island of Cozumel, has celebrated la Feria de Cedral including the dia de Santa Cruz.

The feria commemorates the safe passage of 11 founding families who crossed over from the mainland to settle in Cozumel and escape the Caste War. The feria features cultural exhibitions , livestock shows, games, food and more. Of special date are the traditional dances, Cabeza de Cochino and La Cinta which actually take place on the 3rd of May. Festivites are opened every year by the closest direct descendant of the original celebrants. In fact, La Feria is of such great cultural importance that in 2011 UNESCO has taken the first steps necessary to declare the event culturally historic. Considered to be Cozumels oldest festival, it has run continuously since

Visit: El Cedral, Costera Sur Highway, Cozumel 77600 Mexico
El Cedral is a small village on the southwestern side of Cozumel and also the site of the oldest Mayan ruins on the island. Spanish explorers first discovered the site in 1518, when it was a center of Mayan life and commerce. It later became the islands first official city in 1847, and
today it is home to a small community of quaint houses and farms. Visitors can view the ruins alongside a small church and the village of El Cedral as it stands today.
Most of the Mayan temple was torn down, but a small archway remains. Though it is just a fraction of the structures former glory, it is enough to visualize what daily life may have been like at the time of Mayan civilization.