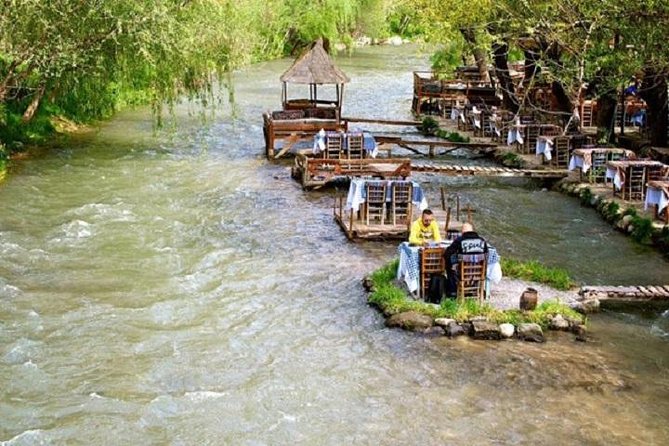 Enjoy your full day Cappadocia green small group city tour. Start in Greme for a tour around Esentepe, Derinkuyu Underground City, Ihlara Valley and Selime Monastery. Travel to the south of Cappadocia. Explore the Underground city. Stroll along the river in the Ihlara Gorge.

Pick up from your hotel at 9:45am. Start the tour with a spectacular view over Greme from Esentepe. See the panaromic view of Greme valley and village with its fairy chimneys, rock formations and cave houses.

Journey to Derinkuyu Underground City, one of the best preserved and deepest underground cities in Cappadocia. Discover the unique rooms found in an underground city such as stables, cellars, storage rooms, refectories, churches and wineries. Visit the second floor that housed the missionary school and study rooms

Travel to the Ihlara Valley. Look at over one hundred rock carved churches and houses that line the gorge. Walk along the river in the valley. Explore the hidden churches. Relax by the river at Belisirma Village where lunch is served. Following lunch continue on to the Selime Monastery. Visit this 13th century monastery carved out of the rock by Christian monks. Stop at Yaprakhisar Panorama for a great photo opporturnity of Selime Monastery featured in the 'Star Wars' films.

Return to your hotel at the conclusion of the tour around 4:30pm.