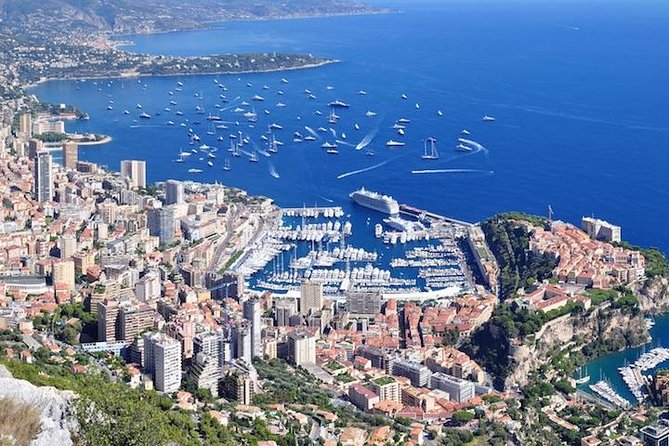 In this half-day sightseeing tour, you will visit the charming places of Eze, Monaco and Monte-Carlo in a small-group to ensure a personal service.

After being picked up at your hotel in Nice, youll take the Moyenne Corniche, enjoying a panoramic view of Nice and the Bay of Villefranche-sur-Mer, before arriving at Eze village.

At Eze, youll get the chance to explore the medieval village perched as an eagles nest, before then taking a guided tour around Fragonard's perfume factory.

Dropping down into Monaco where youll stroll from the Oceanographic Museum up to the old town on the rock. See the Princes palace and stroll around the old town. Or take in the spectacular views offered on either side of the rock! Pay your respects to Princess Grace and Prince Rainier III in the Neo-Romanesque cathedral.

Photos galore in and around the world-famous Casino Square - with its opulent Htel de Paris, Grand Casino, deluxe boutiques and the Caf de Paris casino.

Back to your hotel in Nice along the coast road, the Basse Corniche.