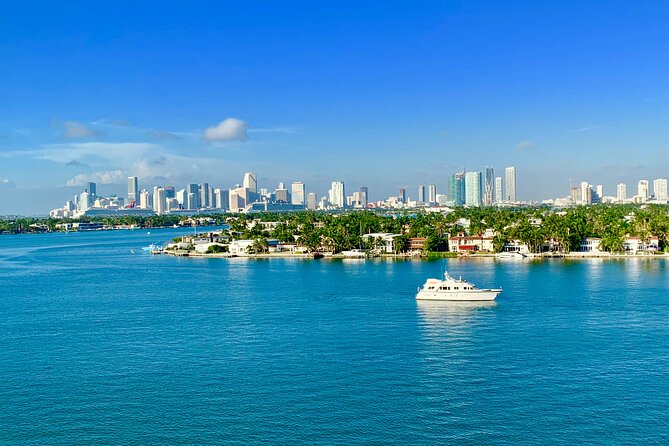 Discover Miami during this ca. 5 hour tour in a small group including all six neighborhoods Wynwood, Little havana, Art Deco District, Coconut grove, Coral Gables, Brickell. After your pick up your guide will take you around 6 Miami neighborhoods where you will see many sites of movie and TV shows. During a one hour boat tour you will see the homes of famous stars and actors that call Miami their home. In Wynwood you will have some time to explore the amazing graffiti art, shops and cafes. Little havana then invites you to explore its rich heritage with small Cuban cigar factories, coffee shops and bars. Coconut grove and Coral Gables are beautiful residential areas with lush, tropical gardens and historic mansions

This tour/activity will have a maximum of 49 travelers