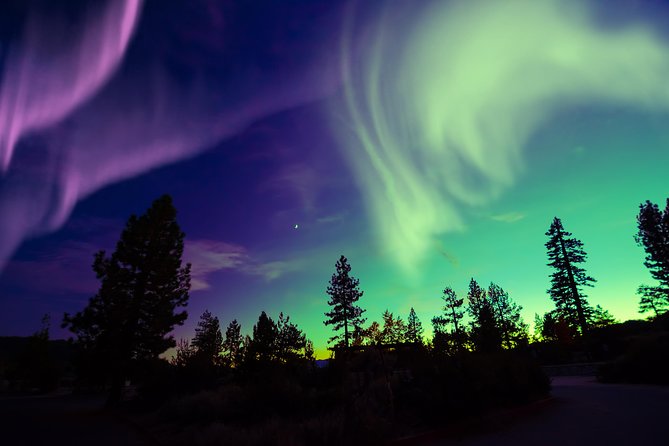 See the magical northern lights on this 4-hour, small-group evening tour, limited to a maximum of just 10 people. Climb aboard a powerful super jeep to travel out of central Reykjavik to a location specifically picked by your guide for a prime chance of seeing the lights.

After being picked up by from your central Reykjavik accommodation at 8:30pm, you'll chase the northern lights by traveling by super jeep deep into the dark skies of the Icelandic countryside, far away from the lights, traffic, and noise of the city.

Enjoy personalized attention from your guide and learn about the natural phenomenon as you travel to an optimal viewing spot. Here, youll await the appearance of natures greatest light show.The feeling of staring skywards at the luminous colors of the Aurora Borealis cannot be caught on film, brought indoors, nor adequatelydescribed.

After marveling at the lights and colors, return by super jeep to your Reykjavik accommodation at roughly 12:30am.

Please note: A minimum of two people per booking is required.

Infant seats are available; make a note in the Special Requirements field when you book