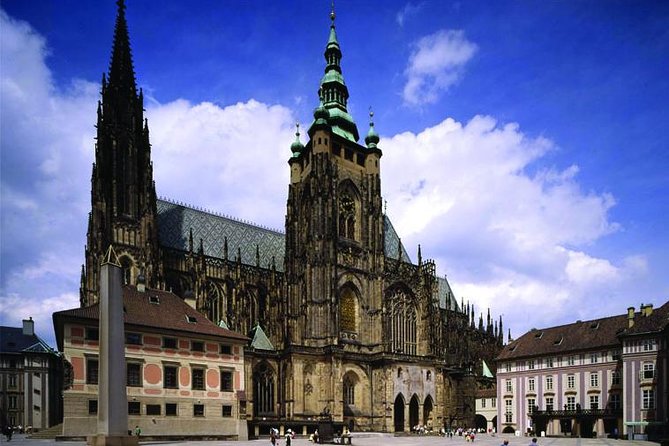 Enjoy this 3-hour cultural walking tour which takes you back in time while touring the Prague castle and its interiors.

Once you meet your guide at the designated meeting point, you can get ready for a tour of Prague castle - one of the largest ancient castles in the world, which served for centuries as a seat of Bohemian Kings and now is a seat of Czech Presidents.
You will first get in a s coach, which will take you up the hill to the castle. Then you will start a detailed tour of its interiors and visit namely: Royal palace, St. Vitus Cathedral, St. George‘s Basilica and Golden lane. Your guide will highlight all important historical details of Prague castle’s role in the Czech history.
Once your visit of the interiors finishes, you will descend the castle stairs to the Lesser town and continue walking towards Charles bridge, where the tour terminates.