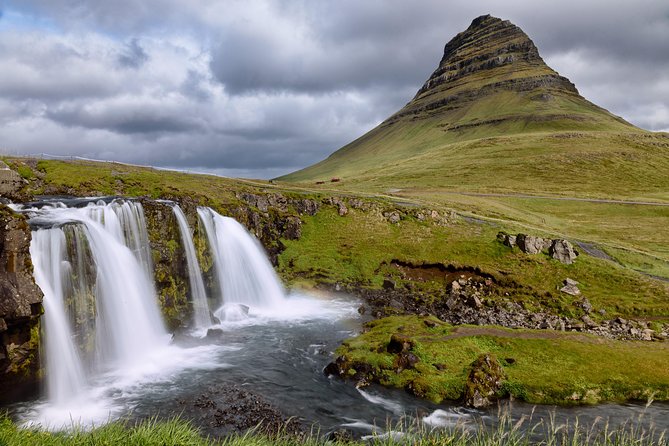 Would you like unforgettable Expedition with an awesome small group? Join us on this full day Snfellsnes Peninsula tour. We visit the famous Kirkjufell, Djpalnsandur, Arnarstapi and some off the beaten path sights, finally we will throw in some local favorites as well.

The dramatic landscapes of Lndrangar and the majestic Snfellsjkull are just a few of the attractions that were immortalized in the Jules Vernes Journey to the Centre of Earth This tour is often described as Best of Iceland landscapes, on and we will not dispute that.

The logistics of the tour allows you to have plenty of time at each location to take Instagram-worthy photos and for you just to enjoy being in the moment in this beautiful nature. We emphasize on avoiding the big-bus crowds, and please book well ahead of time as this tour is very popular.

All our buses have wi-fi and Icelandic music for you to enjoy, the rumor is also that you will get to sample some of the local favorites

Please contact us regarding pick up. There are some hotels where buses are not allowed to drive. You can find information about designated pick up locations at busstop.is or ask the front desk of your hotel. Pick up from Keflavk airport or outside of the greater capital area is not available.

This tour/activity will have a maximum of 17 travelers