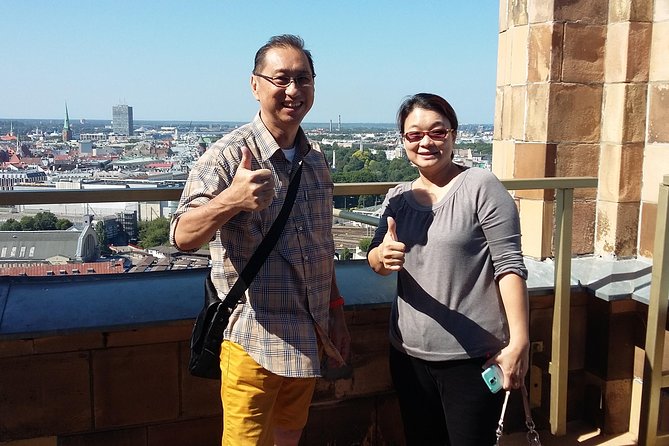 Visit must-see places in Riga that are legacies of the citys Soviet past. Through some extremely moving, sometimes horrifying stories find out what life was like behind the Iron Curtain. You will see typical Soviet time buildings and monuments, and learn more about the fate of the Baltic States during and after WWII. At the end of the tour you will be able to try some food in a typical soviet-style buffet.

What was it like living in Riga during the Soviet occupation? How did people entertain themselves? How did they make a living? What did they eat? If you want to find out what life was like behind the Iron Curtain, join our fascinating walking tour!

This tour takes you to some of the must-see places in Riga that are legacies of the citys Soviet past. Youll see typical Soviet-era buildings, hear about life during the occupation and enjoy great panoramic views.

Operates in all weather conditions, please dress appropriately. In case of extreme weather (colder than -15C, hotter than +35C, stormy wind or rain) the tour would be cancelled and you would be offered full refund (or spot on the next available tour).

Minimum numbers apply (for public tours). The tour can be cancelled if there are not enough participants.