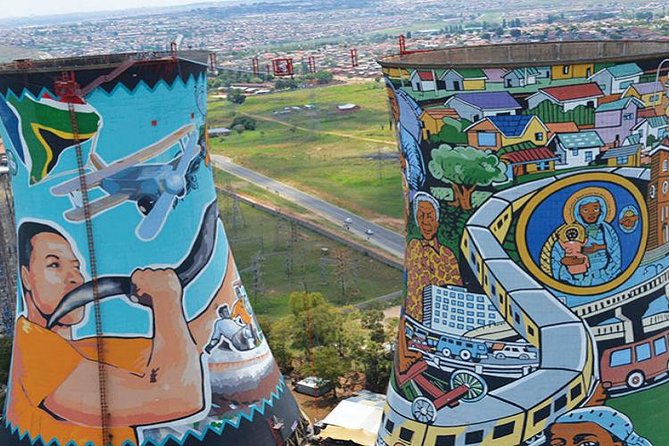 Enjoy a thrilling and informative 4 hour tour of the historic township of Soweto. Situated a mere 30 minute drive from most hotels, this tour is led by a fantastic guide Peter who was born and bred in this iconic town.The tour covers all of the iconic points f interest from Nelson Mandela's old house, to the Hector Pieterson Memorial. Peter will take you on a 1km walk down the infamous Vilikazi Street where you will not only stop at the various sites of interest but will also get to mingle with the local folk.

Enjoy a complimentary pick up from any centrally located hotel within the Johannesburg area. The pick up time is 09:30am and 13:30am daily.
We then take the 30 minute drive through the suburbs until we reach Soweto.
The first part of the tour is a 30 minute drive through the suburbs of Soweto before we stop at Vilakazi Street. It is here that we will spend an hour walking down the street stopping of at the various points of interest including Nelson Mandelas house, the Hector Pieterson memorial and Desomd Tutus house.
Lunch is served at the end of the tour or at the beginning depending on the time of the tour chosen. Lunch is usually about an hour and the venue is a local restaurant within Soweto that serves local cuisine as well as Western food.

This tour/activity will have a maximum of 1 travelers