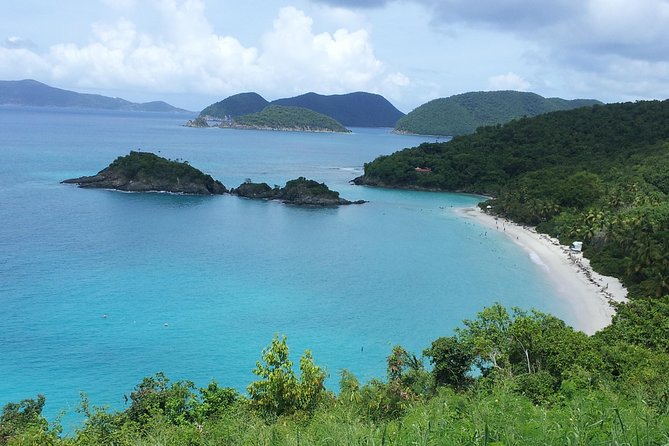 This tour caters to your group only. You get a vehicle just for your group for the whole day. It offers the flexibility of choosing your own itinerary. You choose your own pick up and drop off time, where you want to go how long you want to stay at each site or beach, its all up to you. We cater to all of your needs for the day. You will be transported in either an open air safari vehicle or an air conditioned van. Please indicate your choice at time of booking.
Flat rate for group of 1-10 people.For Example: Visit two or three beaches of your choice - we could take you to Magen's Bay, Coki Beach and maybe even Lindberg Bay. When you are finished swimming for the day we will take you sightseeing around the island. Then we will go to Charlotte Amalie, Havensight or Yacht Haven Grande to go shopping, go for lunch, just anything that your heart impels you to do!

Lunch - Food and drinks available for purchase on the beach