Stonehenge And Bath Day Trip From London - With Reviews & Ratings 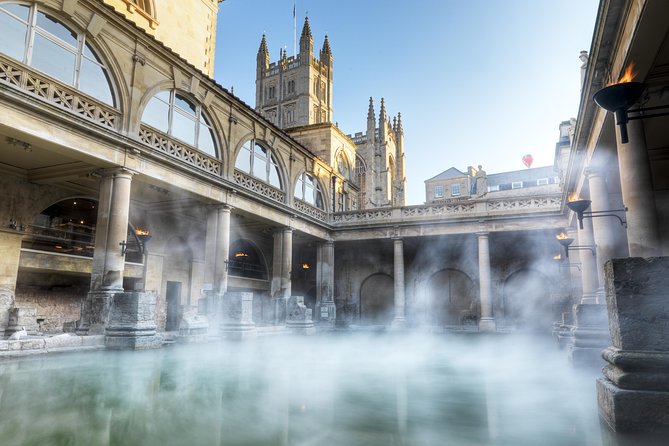 Take this day tour and travel by luxury air-conditioned coach from London to the UNESCO World Heritage-listed city of Bath. On your way, discover the iconic prehistoric stone formation of Stonehenge. Spend a full afternoon exploring Bath, and take advantage of the opportunity to see the ancient Roman baths or the Jane Austen Visitor Centre. This day trip from London is the best way to understand the fascinating history and witness stunning architecture this country is known for!

The Jane Austen Centre is a permanent exhibition situated in an original Georgian townhouse, and it tells the story of Jane's time in Bath, including the effect that living here had on her and her writing.

Bath abbey is an Anglican parish church and former Benedictine monastery in Bath, Somerset, England. Founded in the 7th century, it was reorganized in the 10th century and rebuilt in the 12th and 16th centuries.

Crossing the River Avon, this bridge was completed by 1774 and connected the city with the land of the Pulteney family.

Built nearly 2,000 years ago and known to be Britain's only natural hot water spring, this magnificent Roman public bath complex and Roman temple should not be missed!

The most famous prehistoric Monument in the world, and now a world heritage site, Stonehenge stands alone in the vast empty tract of Salisbury plain. Its origins date back nearly 5,000 years and it has been home to pagan religion and spiritual worship, not to be mention public debate ever since.

This tour/activity will have a maximum of 75 travelers