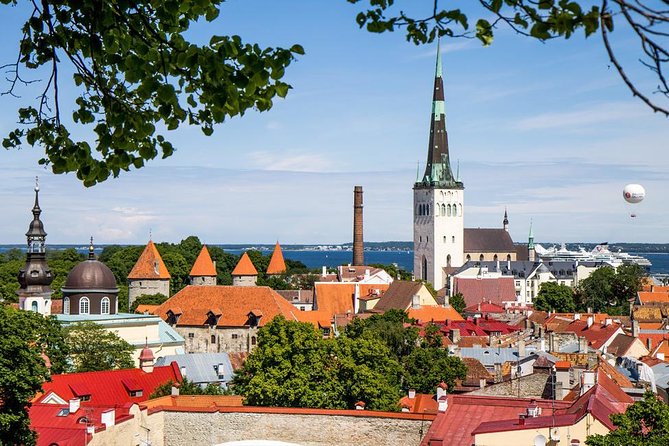 An enjoyable tour by private vehicle which enables you to see the best city highlights of Tallinn without putting too much effort in walking. Your guide will be greeting you at the cruise port and will bring you back to the harbour at the end of the tour. Even though you do not need to walk long distances in Old town, you will still fully enjoy the atmosphere of this hanseatic city.

Itinerary
This is a typical itinerary for this product
Stop At: Aleksander Nevski Katedraali, Lossi plats 10, Tallinn 10130 Estonia
Meet your guide and driver at the hotel.
Firstly the drive will take you to the Upper Town of the Old Town. This first stop includes brief walk to the most notable buildings.
Alexander Nevsky Cathedral stands out from the old town buildings with it's bright color and Byzantine architecture. It's one of the latest constructions of the old city, the Russian Orthodox church, build by the request of Russian Emperor Alexander the 3rd in the 1900. It's located on the high point of the Toompea Hill in front of the Parlament building.
Duration: 20 minutes
Stop At: Toompea Castle, Toompea Hill, Upper Town, Tallinn Estonia
Estonian Parlament building is located next to the walls of the Toompea Castle. It's the active government building, open for the tourists' visits to observe the work of the Parlament from the special balcony. The Tall Hermann (Pikk Herman) Tower is a part of the Parlament building. It's the tallest tower of the Tallinn's city walls.
Duration: 15 minutes
Stop At: Peapiiskopi Kirik, Toom-Kooli 6, Tallinn 10130 Estonia
The Dome Church is one of the oldest churches of Tallinn. The church looks very plain and simple with the white walls and small dome, but it has the very long history. It was first mentioned in 1233 and since than it has been one of town's main temples. It's dedicated to Virgin Mary. It has the graves of the prominent peope of 13th-19th centuries.
Duration: 15 minutes
Stop At: Toompea Hill, Lossi Plats, Tallinn Estonia
The highlight of the Upper Old Town is the sightseeing platform, where it is possible to enjoy the most marvellous view over the red tiled roofs of the Old Town and the panorama of the whole city.
We will also take a moment to enjoy ourselves over a relaxing coffee break.
Duration: 20 minutes
Stop At: Estonian National Opera, Estonia Puiestee 4, Tallinn 10148 Estonia
The tour will take you next through the city centre where you will see beautiful buildings from different historical periods including The Opera and Estonian Ballet Theatre.
The theater plays the operas, ballets and musicals, including the world famous performances like "Rigoletto", "Toska", "Swan Lake", "My fair lady". It's the most popular theater of Estonia. The building was designed by the Finnish architect in the beggining of the 20th century.
Duration: 10 minutes
Stop At: Freedom Square, Tallinn Estonia
The representative square of Tallinn Freedom Square is a popular meeting place designed for pedestrians. The monument to the War of Independence is also located there.
Over the years, the square has gone by many names: Heinaturg (Hay Market), Peetri plats (Peters Square), and Viduvljak (Victory Square) among them. It was first named Freedom Square in 1939, remaining that way until 1948. The name was readopted in 1989.
Duration: 10 minutes
Stop At: Kadriorg Park, Kadriorg, Tallinn Estonia
The sightseeing continues in the lovely wooden district Kadriorg with a short break in Kadriorg Park the picturesque park with the Palace of the Russian Empress Catherine.
Kadriorg palace and the park is a great masterpiece from Peter the Greats times. Its a beautiful palace in the quite park, located close to the seaside.
Duration: 30 minutes
Stop At: Kadriorg Palace, A. Weizenbergi 37, Tallinn 10127 Estonia
For the long time the office of Estonian president was located in the Kadriorg palace. Later the special building was constructed next door to Kadriorg, repeating the design of the old palace. The palace is closed to visitors.
Duration: 10 minutes
Stop At: Kumu Art Museum, A. Weizenbergi 34 Valge 1, Tallinn 10127 Estonia
The contemporary building of the Kumu Art Museum (Kumu Kunstimuuseum) houses one of the largest national art museums of Northern Europe. The building appeared in the beggining of the 21st century to the design of the Finnish architect and was rates as the best museum by the European Museum Forum in 2008.
Duration: 10 minutes
Stop At: Tallinn Song Festival Grounds, Narva mnt 95, Tallinn 10127 Estonia
Further the ride will continue along the shoreline and take you to see Song Festival Grounds.
The song festival grounds is a tradition of the Scandinavia countries. The national singing has been a large part of the national culture for centuries, this is why most of the Scandinavian towns will have the area with the good acoustics for the outdoor singing festivals. The Grounds in Tallinn were re-desidned in 1959 with the unique arch shaped stage which enhances the voices of the singers. It is used on the regular basis for full scale of performances from the rock conserts to the folk festivals.
Our friendly and well-informed guide will spice the whole trip with the most fascinating facts and best stories and legends about the most notable landmarks. In addition the guide can provide you with so much more than just the tour info feel free to inquire all about the current life, issues and most exciting details about the modern life in Estonia.
The tour ends back at the hotel or at the place of your choosing.
Duration: 15 minutes