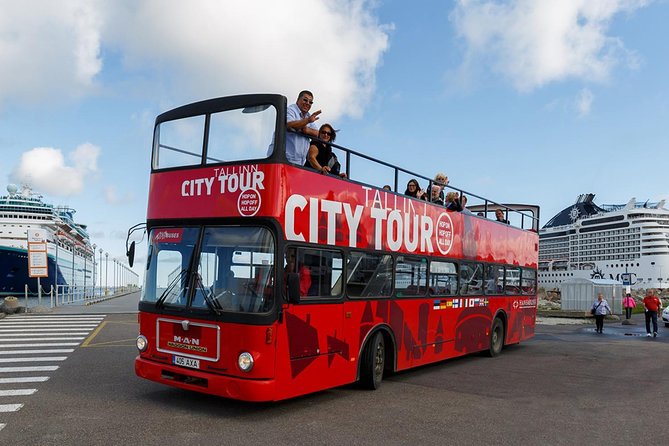 Discover the beautiful city of Tallinn with this Open Air Double-Decker bus! Hop on and off as much as you like at any of the conveniently located stops around the city.

Explore Tallinn's must-see attractions and activities at your own pace! Select a 24, 48 or 72-hours ticket, allowing you to plan your own itinerary and getting the most out of your hop-on, hop-off experience.
The bus takes you through the lively streets of the city centre as well as the eastern part of the town introducing the colourful history of Tallinn. The tour covering the central part of the city and gives a good overview of the development of Tallinn throughout the centuries and offers the opportunity to see the biggest variety of architectural contrasts old and new Tallinn. The highlights of this route are Estonian national opera, Maritime Museum, Seaplane Museum, Kadriorg palace and Park Ensamble, Song Festival Ground, Botanical Garden, Pirita Convent, TV-Tower.
The tour is entertaining and informative with digitally recorded commentaries in ten languages ideal for travelers from all over the world! Hop-on and off as much as you like at any of the conveniently located stops around the city.