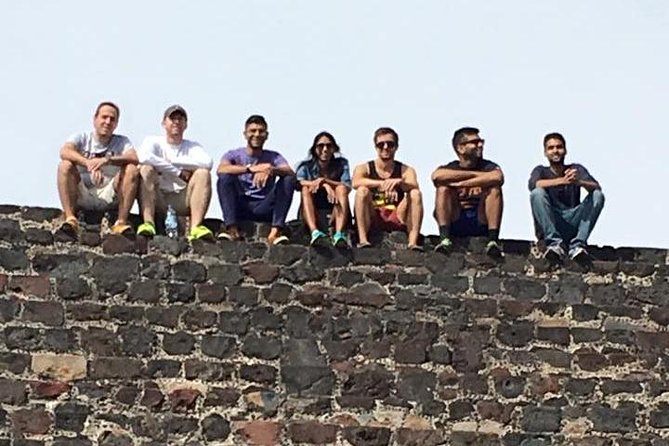 You will get a great experience in a very interesting and millenary city in the north side of this ancient site. An awesome place only 50 minutes away from Mexico city. Teotihuacan its the most visited archaeological site of South America and listed as a UNESCO World Heritage site since 1987.
The area is an enormous archaeological city in the Basin of Mexico just 30 miles northeast of Mexico city, containing some of the largest pyramidal structures built in the pre-Columbian Americas. Apart from the pyramidal structures, Teotihuacan is also known for its large residential complexes such as the Avenue of the Dead and numerous colorful- well-preserved murals. Additionally, Teotihuacan produced a thin orange pottery style that is spread throughout Mesoamerica as well the magnificent mortuary mask made in obsidian.

Nuestra Seora de Guadalupe is recognized as a symbol of all Catholic world. &quot;The Aztecshad an elaborate, coherent symbolic system for making sense of their lives. When this was destroyed by the Spaniards, something new was needed to fill the void and make sense of New Spainthe image of Guadalupe served that purpose.

According to Roman Catholic tradition, on December 9, 1531, Juan Diego (a recently converted Aztec indigenous peasant) had a vision of a young woman while he was on a hill in the Tepeyac desert near Mexico city. The lady asked him to build a church exactly on the spot where they were standing. He told the local Bishop Juan de Zumarraga who asked for proof in exchange.