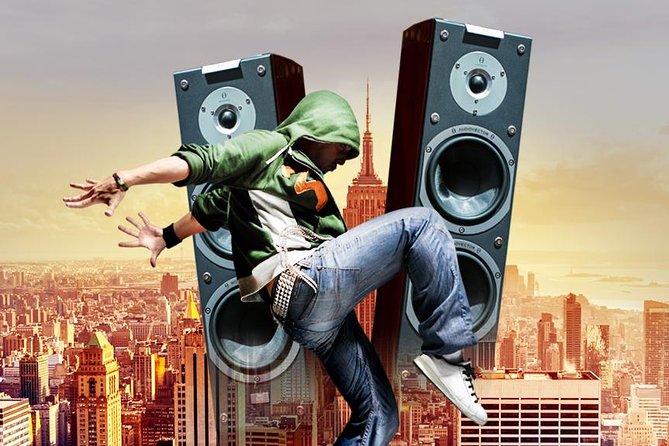 This experience is a nostalgia tour featuring the art, music, and fashion scenes of New York during the 70s. Relive the era of the innovators by seeing the sights and hearing the sounds from this decade. View the art of graffiti masters and be amazed at how them became millionaires. Visit the venues where musical history was made. Be astonished at how this city nurtures creativity and launched the careers of Ralph Lauren, Calvin Klein, and Tommy Hilfiger. This is the definitive tour of New york city in the 70s. Join us for a great time on the streets of New York.

On this tour youll learn the history of street art featuring Richard Hambleton, Keith Haring, and Jean-Michel Basquiat. Follow their humble beginnings to their rise into millionaires. Track the fashion trends of the 70s from Hip Hop clothing to designer jeans. Uncover the origin of Hip Hop and its founding fathers. See how they created a multibillion dollar industry against all odds. Visit the venue that gave birth to the American Punk and New Wave music movements. This tour finishes with a retrospective on Studio 54 and disco music at the Stonewall National Monument.

WHAT YOU CAN EXPECT
This excursion is an idyllic one mile stroll from Houston street to the West Village. Well guide you through some of New Yorks most scenic streets and parks. This tour focuses on New York City during the 70s decade. Follow the rise of underground graffiti artists to their heights of success. Learn the cultural jargons of the street artists; tags, throws, wildstyle, and pieces.

See the emergence of Hip Hop and its founding fathers; Cool Herc, Grandmaster Flash, and Bambaataa. Understand the true meaning of Hip Hop as outline by the Elders. Youll be stunned at which artist is the first rapper to have a number one hit on the Billboard Charts. Well reveal why, how, and who developed Breakdancing.

Journey with us back to the fashion trends of the 70s, from platform shoes to designer jeans. Explore the emergence of Hip Hop clothing and its leading architects of fashion.

Witness how the Music Capital of the World nurtured the careers of Kiss, Cyndi Lauper, and Madonna. Glimpse the brilliance of Steve Rubell and Ian Schrager at how they transformed an old theater into Studio 54, an acclaimed nightclub. Come and relive the disco era by partying with us on this iconic tour. ­

Gratuities are welcomed and appreciated