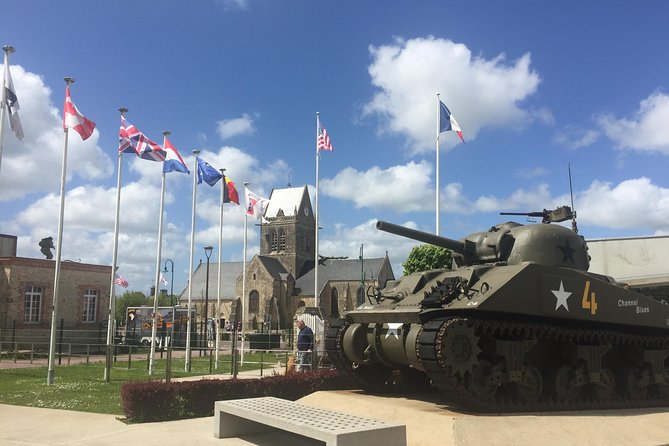 We will enter directly to the legend visiting all the most important sites related with: The Battle of The Bulge (2 day) and The D-Day (3 days).
All the monument, the cemeteries, the breathtaking landscapes will be covered with full of details, anectodes and explanations regarding the most important event of the 20th century.

Itinerary
Day 1: The Battle of the Bulge tour
Stop At: Mardasson Memorial, Colline du Mardasson 2, Bastogne 6600 Belgium
We see the Mardasson Memorial in Bastogne and its museum, then few Sherman tanks and the old HQ of 101st airborne division, located in the Barracks. Later, we go to the Nazi cemetery and Foxholes in the Bois Jaques.
Duration: 3 hours
Stop At: Dinant, Dinant, The Ardennes, Wallonia
We are visiting on the way to Bastogne a beautiful city called Dinant, the city where Saxophone was invented, by Adolphe Sax.