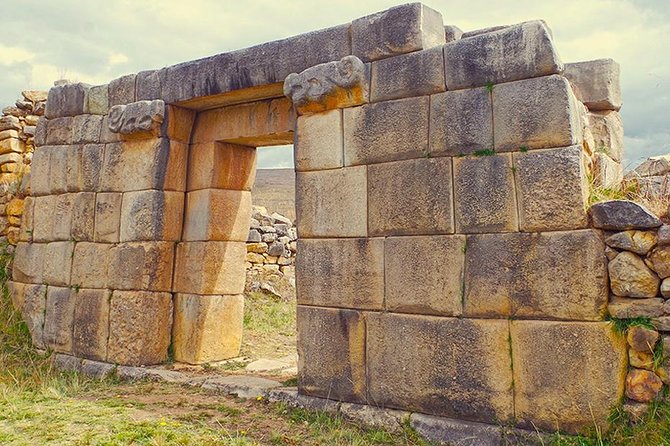 Wanuku Pampa or Wanuku Marka (Hispanicized spellings and names Hunuco Pampa, Hunuco Viejo, Hunuco Marca) is an archaeological site in Peru in the Hunuco Region, Dos de Mayo Province, La Unin District. The site lies on a plain above the Urqumayu or Vizcarra River in the north central Andes. Wanuku Pampa is one of the many administrative centers which is built along the highland Inca highway between Cusco and Quito. The land administrated at least five, and perhaps many more, ethnic groups. The city is situated on an important commercial trade route and sits on top of a plateau with ravines on all sides in order to allow easy defense of the city. Wanuku Pampa fell in the 1530s when Pedro de Alvarado besieged the city and burnt it to the ground

Wanuku Pampa is located at an elevation of 3,625 metres (11,893ft) on a plateau overlooking the Vizcarra River

This Inca center was designed after what is called the Architecture of Power. The Architecture of Power is the concept where buildings and spaces are intended to reinforce the image of the empire's might. At Wanuku Pampa the immense rectangular plaza measured 550m by 350m which is more than 19 hectares (47 acres). The pyramidal platform that was invariably erected in the center of the plaza or to one side of it was a stage from which officials could preside over state ceremonies. The imperial highway typically took a southeast-to-northwest passage through the plaza, just as it did in Cusco.

The City covered about 2km2, within which more than 4,000 buildings were erected. Pathways radiate out through architectural sectors from the plaza, so that the city can easily be divided up to 12 parts. Dr. Eduard Craig Morris believes that this design may have been a reflection of the relationships among the ethnic groups of the area. Much of the occupants of the land were not there to live permanently but rather many of them went in and out of the area to fulfill their duties or participate in ceremonial functions.

Wanuku Pampa is one of at least six sites that were called New Cuscos, built in the conceptual, if not actual, image of the capital.

Roads. Throughout Wanuku Pampa there is a road that goes through this city. The road is man made and extends throughout different countries, and does not just go through the country of Peru. The roads that go through Wanuku Pampa featured extended paved surfaces, paved staircases, stone drainage channels, retention walls, bridges and causeways. In some areas, the paved highway was 15m wide and one paved staircase was 16m wide, while two roads ran parallel along some stretches

Ceremonial Section
the ceremonial sections of Wanuku Pampa display rare, finely cut and fitted, Imperial Inca style masonry and appear as unusual building types. Most of the eastern part of the city is occupied by the Casa del Inca and the ushnu or castillo is the main central plaza. In order to get to the Casa del Inca, one must pass through gates made of high quality Imperial Inca style masonry with figures and carved pumas on either side and the connecting walls are constructed from pirqa, fieldstone set in mud. The connecting walls on the eastern side of the central plaza is called the kallanka, which are large building made from high quality pirqa masonry rather than cut and fitted stones. These large buildings may have functioned as barracks, counting houses or a variety of other purposes