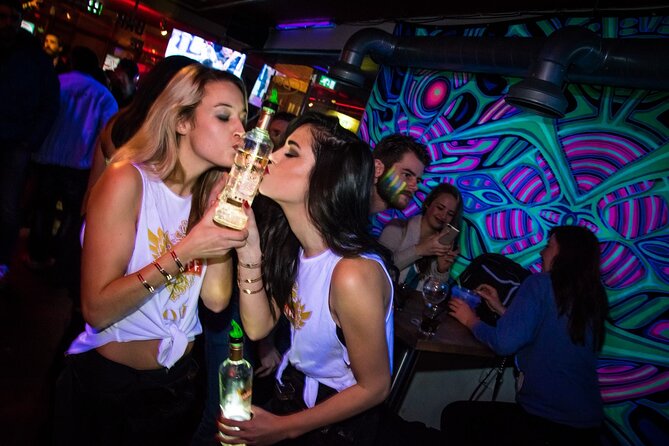 The Original Budapest Pub Crawl is one of a kind! Here you can explore some of Budapests best bars and clubs, but its much more than that youll also get to enjoy everything the Budapest nightlife has to offer, with travelers from all over the world.

Get to know each other with a one hour of FREE DRINKS, bar games, and great guides!

With the Original Budapest Pub Crawl, youll experience the most vibrant and craziest nightlife Budapest has, while meeting locals and travelers who are also out for a good time! Taste, not just the famous national spirit is also known as Palinka but a lot of free drinks and more in the most famous district of Budapest.

Meet us between 21:00 and 22:00 at Wombats City Hostel to get to know your local guide and socialize with other travelers. Shortly after 22:00 we'll head to our first stop where our we'll be hosting our famous 1 Hour Open Bar. Every night is a new night for the Budapest Pub Crawl as we explore and stop in a variety of bars, pubs, and clubs!

Alcoholic Beverages - Please note 14 Euro is for the Pub Crawl reservation, you will have to pay 7 on arrival for the 1 Hour Open Bar

This tour/activity will have a maximum of 208 travelers