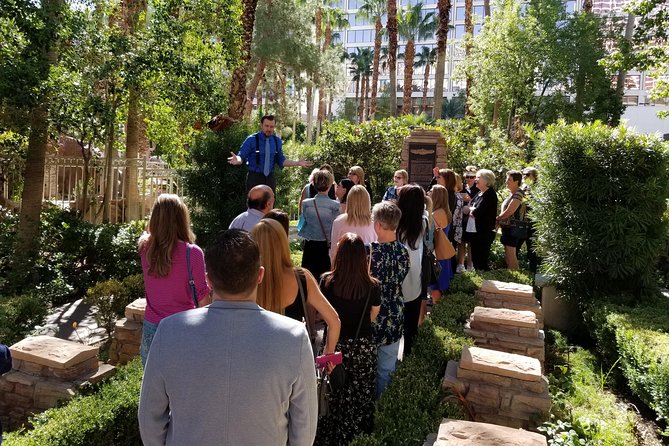 Come along on a tour that explores the sordid history of Las Vegas' mob culture! If you are looking for something different this tour provides a spine tingling look into the dark and mysterious side of the Neon City!

You visit a marker located on the original site of Benjamin "Bugsy" Siegel original Flamingo hotel. Also, a short walk to visit and photograph Chilean flamingos and other tropical birds.

Food and drinks (unless otherwise specified)

Children aged 16 to 18 must be accompanied by an adult