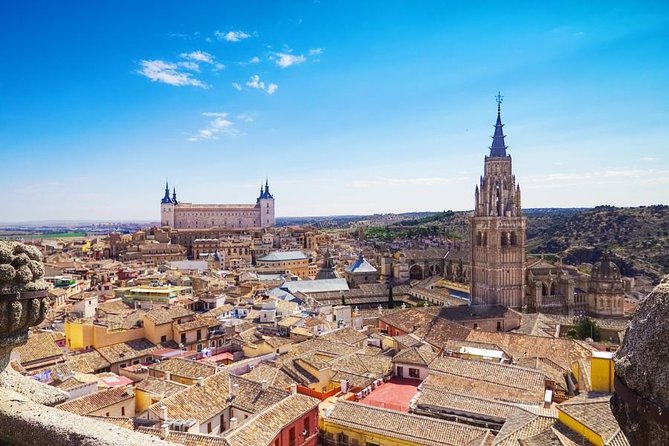 If you like to travel on your own, well take you to Toledo to enjoy a unique experience just the way you like the most! Have an informative and friendly walking tour and the ticket for the tourist train that will take you to the outskirts for panoramic view of the city. Don't miss it!

Upon arrival, enjoy a walking tour until the city center with a local guide. Then you may start visiting the city at your own leisure to know the important monuments and quarters of this historical city, known as the city of Three Cultures.You will also take a ride a ride on the Toledo's tourist train.
Take advantage of this excellent opportunity to learn and feel the city as a local.

Enjoy a panoramic view of the city

50 min. approximately on board of the Toledo's tourist train.