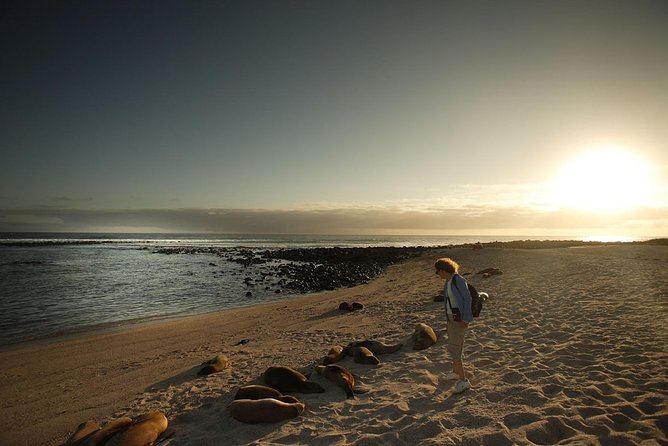 Departing from Santa Cruz island, you'll spend the day exploring two famous Galapagos sites. In the morning, relax on the beautiful Tortuga Bay beach, then, in the afternoon explore the bay as you take an exciting excursion to La Loberia Island.

White sand beach with diversity of flora and fauna

Coral sand beach, named for the presence of sea lions that rest on its rocks and sand

Please note: maximum number of passengers on the boat for this tour is 16 people