Tour From Cairo: Bazaar Of Cairo, Islamic And Old Cairo

Tour From Cairo: Bazaar Of Cairo, Islamic And Old Cairo 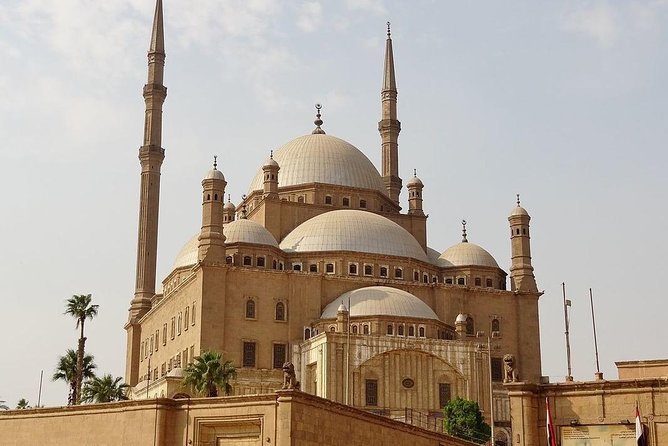 Full DayPrivate Historical & Heritage tour in Cairo to visit the old churches, the Citadel and Bazaar with guide Traditional Lunch included.
Visit Coptic Cairo the holy place for all the christian all over the world this place whee the holy family stayed in in Cairo during their flee to Egypt,Visit the Hanging church and Abu-Sergah church where you can see the crypt or the cave where Virgin Marry & Jesus used to stay hiding from the Roman then visit St. Barbara churches, Jewish and the Jewish synagogue Ben ezra synagogue.
After that see other part of Cairo heritage Visit the Citadel where you visit Mohamed ali mosque.
End your day tour by a visit to Khan Khalili Bazaar .

Full Day Historical and Heritage Cairo tour with private Egyptologist
the itinerary
As Per Requested time Pick up from the hotel by your guide to Start your private day tour to Old Cairo that Also known as Coptic Cairo which is mean Christian Cairo it has been Recognized as a holy place because some of the locations there has been visited by the Holy Family where the spiritual impact of their presence is most felt still; though their stay was brief, for the Governor of what was then Fustat enraged by the tumbling down of idols at Jesus approach sought to kill the Child. But they took shelter from his wrath in a cave above which, in later years, the Church of Abu Serga (St Sergius) was built. This and the whole area of the Fort of Babylon is a destination of pilgrimage not only for the Egyptians but for Christians from around the world. An air of piety and devotion pervades the whole district there. in old Cairo, you will be able to visit the Church of Abu-Sergah and St. Barbara, the Hanging church, and the old Jewish synagogue Ben ezra synagogue.

After that you will be transferred to your hotel

Hotel / Airport pickup and drop off