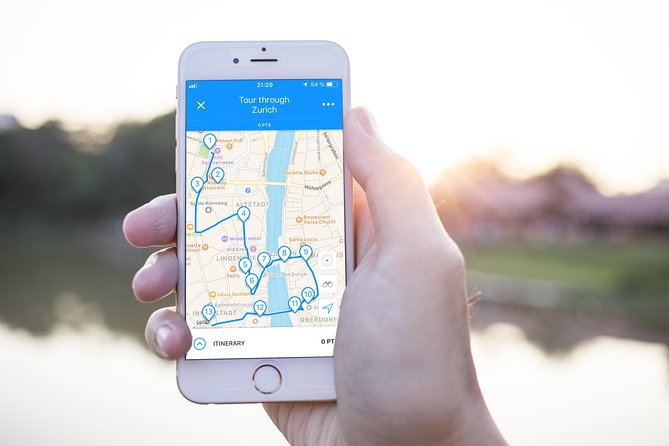 Hello!
Welcome to Zurich! Our guide will accompany you during the one-hour walking tour through the streets of the city.
This city is one of the largest cities in Switzerland and, among other things, is known around the world for its financial reputation.
The main result of its history is that Zurich is one of the best cities in the world for quality of life, leading from year to year in various rankings.
Let's walk around the city and make sure that this is very true indeed.
You will see and learn about 13 top attractions.

Audio tour allows you to discover Zurich in your own pace and in preferable time. At the same time you will never lost due to built-in map and navigation.

The tour is designed to be approximately 1,5 hours long.

This audio guide is GPS-triggered, which mean you may start the tour and put your smartphone in the pocket all stories are starting automatically when you reach an attraction. Navigational tips will prompt you where to go next.