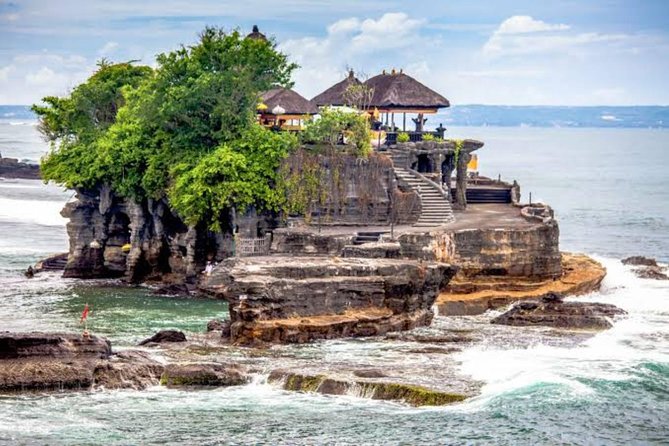 Bali has many temples and wonderful scenery and this tour will show much of it. You will see beautiful rice fields, artists and their works, and visit a gorgeous temple by the sea. This is a great way to get an overview of some of what Bali has to offer.

Enjoy the beautiful view of rice terraces and set out for the photogenic Tegalalang Rice Terrace.

You will pass this village temple to visit a Balinese house compound to see ancient Balinese.

Here you will experience the Luwak coffee making process and taste several coffee and tea.

Here you will observe the making of Batik weaving.

A rock formation just off the coast of Bali, where a temple sits on the rocks and offers a great place to watch the sunset. There are several points to see this temple, all of which boast views. You may spot black and white sea snakes at the base of the rocks that are said to guard the temple from evil spirits .

Who will accompanying you all day.

Kids 2-years and under are free with accompanied an adult