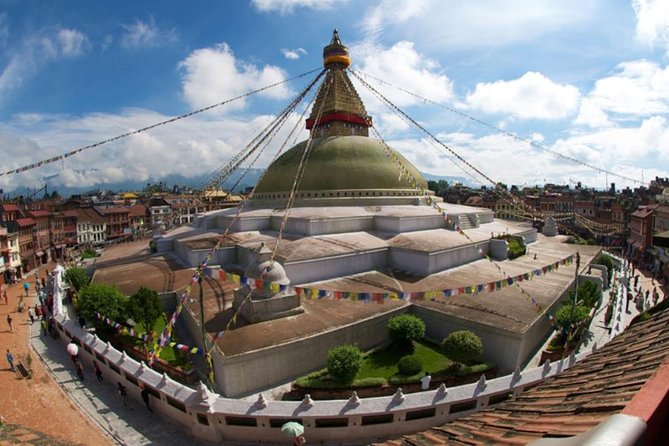 Kathmandu-nepal">Kathmandu valley, with an area of 570 sq km situated at an altitude of 1350 1500 meters, is not only a melting pot of different culture and tradition but a living museum. The capital city of Nepal is inhabited by most of the ethnic groups of the country these days, though Newars were the indigenous inhabitants of the city in the earlier period of history. Kathmandu valley is rich in cultural heritage with seven UNESCO World Heritage sites within the radius of 15 kilometers. You will find very few places in the world with so many heritage sites in a small area like Kathmandu.

Full day guided tour of Kathmandu valley takes on a visit to Pashupatinath temple in the morning, one of the holiest Hindu temples, Then transfer to the centre of the Kathmandu to explore the ancient city of Kathmandu with full of art and craft including Kathmandu Durbar square, the Hanuman dhoka and Kumari temple. Here you will see the traditional art and craft as well 12th 17 century Durbar square built by Malla King. If you have time, do not forget to walk towards the north of Kathmandu durbar square, which is called Asan & Indrachook. Where you will see the traditional typical open market and traditional houses from the 17th century, still which has remained unchanged. Then drive 4 km west of Thamel to one of the oldest stupa Syambhunath, known as monkey temple as you will see the large number monkeys surrounding the Stupa. This place is popular between Buddhist and Hindus equally. On top of that, you can have entire Kathmandu valley view from the hilltop. Bouddhanath, the largest stupa of Nepal, is believed to have been built in the 5th century AD during rule of the Lichhavi kings . A total of 108 Buddha images and 147 insets of prayer wheels with the famous mantra Om Mani Padme Hum are attractions for domestic and foreign tourists visiting the beautiful heritage site. Then drive back to hotel and rest.

Hotel Pickup and Drop off before and after tour