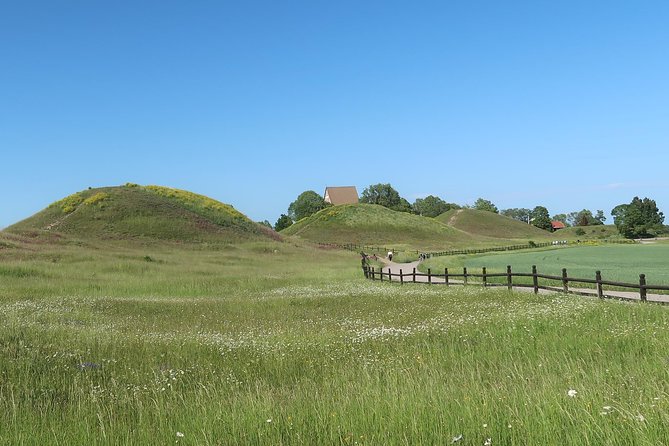 Uppsala is one of Sweden's oldest and most interesting cities. As this is a bespoke Private Tour we will take you to the places that you find the most interesting and that is accessible the actual day. We have 4 hours to spend in Uppsala and we will visit/pass attractions like The Royal Mounds and museum in Gamla (Old) Uppsala, The Church of Gamla Uppsala, The Carolus Linnaeus Garden and Museum, The Uppsala Cathedral, The Gustavianum Museum, The University Main Building, The University Library - Carolina Rediviva, The Botanical Garden, The Museum of Evolutions, Gunnes Viking Farm you can also choose to have some free time for shopping and a traditional Swedish fika in the picturesque city. As every tour is bespoke we have not included entrance fees in this tour. Uppsala is waiting for you. Are you ready? Book this trip today!