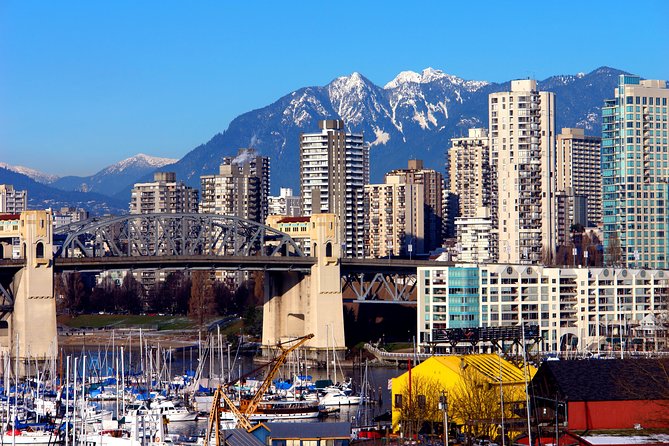 Kick off your Vancouver trip with this wholesome city tour, allowing you to visit the top Vancouver attractions! A few points of interest that you get to visit during this Vancouver city tour include Stanley Park, Granville Island, Gastown, and Chinatown. The tour doesn't end here! You are in for a thrilling experience of walking along the famous Capilano Suspension Bridge which offers breathtaking vistas! Enjoy this tour in the company of a knowledgeable guide while also having plenty of time to explore several attractions on your own on foot.

Opt for the Vancouver city tour as you will get more than you bargained for! Not only will you be able to visit the popular sights in Vancouver with a guide in tow, but also have the thrilling experience of walking across the Capilano suspension bridge.

Hotel pickup and drop-off at most hotels in Vancouver, North Vancouver, Richmond, and Burnaby