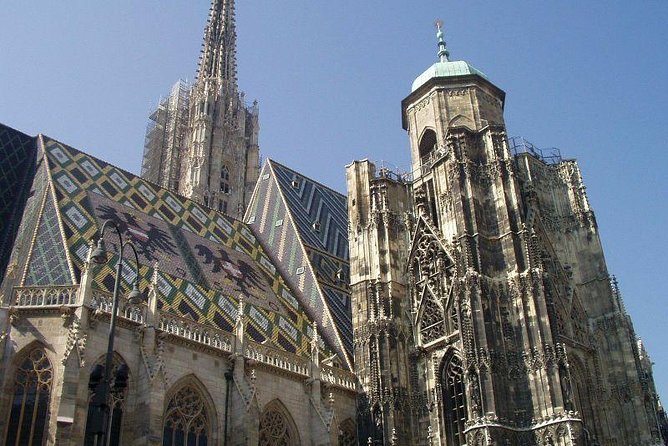 Embark on an unique journey to the heart of Austria: Vienna. This 14-hour day tour consists of a guided tour, a visit to the Hofburg Gallery and some leisure time for an individual exploration of the city. Have a guide available to tell you more about Vienna's famous locations such as: Prater, an amusement park famous for it's giant Ferris Wheel, St. Stephens cathedral and Hofburg Castle.

The most important religious building in Vienna, St. Stephen's Cathedral has borne witness to many important events in Habsburg and Austrian history and has, with its multi-coloured tile roof, become one of the city's most recognizable symbols.

You see not only Imperial Palace of Hofburg, but also many other historical sights.

Transport by air-conditioned coach (Please note that currently, because of the current reconstruction works on Brno highway, the journey from Prague to Vienna might takes more time than the announced 3.5 hours)