Vienna Walking Tour: In The Footsteps Of 'The Third Man' - With Reviews & Ratings

Vienna Walking Tour: In The Footsteps Of 'The Third Man' 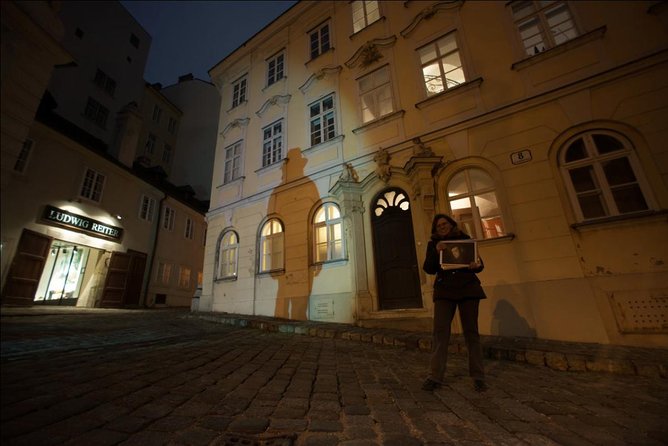 In 1949, Orson Welles made famous the role of Harry Lime in the British film noir, The Third Man, written by novelist Graham Greene. On this city walking tour, explore Vienna's Old Town as you follow Harrys footsteps to locations from the film. Youll also see some of Viennas top sights such as Hotel Sacher as your expert guide takes you back more than 60 years to the fascinating time of post-WWII espionage.

Book this unique Vienna walking tour to see the city through the lens of The Third Man, a 1949 espionage film starring Orson Welles. With your professional guide, visit the places where Harry Lime, Orson Welles’ character, lived, appeared, disappeared and eventually died.

Starting in Central vienna, walk through the cobbled lanes of Vienna's Old Town that inspired the author Graham Greene and Carol Reed, the film's director. See famous film locations such as Harry Lime's apartment at Josefsplatz or the famous Hotel Sacher and Cafe Mozart at Albertinaplatz , setting for the secret meeting between Harry and his friend Baron Kurtz.

As you explore the city, learn from your guide the fascinating story of how one of the all-time greatest films was made and hear about what Vienna was like during the days of Allied occupation and Cold War espionage. The scars of the WWII have disappeared from the city, but most of the locations of this classic film have remained unchanged. It’s a fabulous tour for history buffs and movie fans alike!